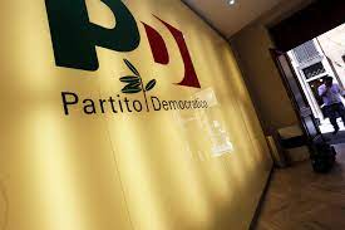 On the meeting table the road map of the congress. Which some would have liked closer. Letta: “It is not yet another change of secretary, but something more profound. It will in effect be a constituent and the new Democratic Party will be born”.

In the end, maybe there will be a little advance on the times. On the table, Adnkronos learns, the hypothesis of closing the congress with the primaries on March 5 and, more likely, the mediation could fall on Sunday March 12 2023, according to what transpires in the evening. Tomorrow, however, it is decided. The Pd Direction which will meet at 10 at the Nazarene will fix the road map of the congress and, as far as it is concerned, there could be a small simplification of the 4 phases of the path proposed by Enrico Letta. But the implant should be confirmed. As roughly, in fact, the timing will be too.


Although some dem exponents have asked for shorter times in recent days. From Matteo Orfini to Alessandra Moretti. And Stefano Bonaccini too: “I would try to anticipate and accelerate a bit, to avoid giving the idea that we waste months discussing ourselves, while there is someone else who deals with solving citizens’ problems”. Alessia Morani reiterates it today: “I do not think that from the management team that produced a catastrophic defeat, there is an awareness of how much fibrillation there is in the base of the Democratic Party. It is the confirmation of their distance from people”.

A thesis that does not convince everyone. “If someone believes that their name is enough to solve the problems of the Democratic Party, they say it, but then they don’t pretend to have a real discussion, which needs the right timing and to call back people who are out”, says Peppe Provenzano, left wing dem. An area that at the moment does not yet have a reference candidate in the field, unlike Base Riformista which focuses on Bonaccini. He warns Francesco Boccia: “Choosing a secretary in a test tube is not good for the Democratic Party and for politics”.

Meanwhile, Letta organizes the next steps. At the meeting of the secretariat today, you stressed the importance of bringing congress and opposition to the Meloni government together. “The two paths must proceed at the same time and the congressional debate must also be linked to the agenda in the country and in Parliament”, the indication. The secretariat discussed how to organize work in Parliament and the relationship with other oppositions. And on this last point, there is a change of tone towards M5S and Terzo Polo in particular.

Matteo Renzi’s intervention in the Senate with the lunges against the Democratic Party, with the government benches and Meloni nudging himself, makes Andrea Orlando say: “Renzi? I don’t know if he can be counted among the opposition forces, if in the day of trust in the government attacks the opposition, stands alone “. Hence the reflection today in the secretariat: “The Democratic Party must not waste time chasing those who obviously do not want to play as a team”.

As for the congress, Letta observes: “It is not yet another change of secretary, but something more profound. It will be in effect a constituent part and the new Democratic Party will be born”. Arturo Parisi, one of the founders of the Democratic Party, hopes that the congress is above all ‘true’. “What the Democratic Party needs is a true congress of choice” with “a clear comparison between clearly alternative proposals put forward by equally alternative proponents”. It would be “the first real congress”. And the way to build a “vision” to “offer to citizens” as an alternative to Giorgia Meloni’s right.