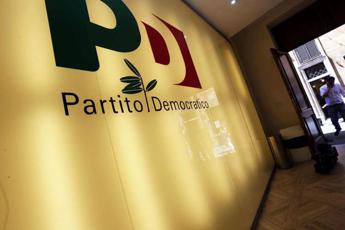 It starts at 10, the Manifesto of values ​​will be voted on

The National Constituent Assembly of the Democratic Party takes place today, Saturday 21 January, at the Antonianum Auditorium in Viale Manzoni 1 in Rome. “The items on the agenda include the approval of the Regulations for the Congress, the presentation of the works of the Constituent Committee and the presentation of the results of the Compass document”, reads a note. The works will begin at 10, will finish around 18 and will be streamed on the Youtube channel and on the Facebook page of the Democratic Party.

Enrico Letta will illustrate in the Assembly the ‘award’ on the Manifesto, the result of “interlocutions and negotiations with all the players in the process underway in the last few hours”. And he will do it in his last speech as leader of the Democratic Party.

The ‘award’ holds together a double perspective: the central point is that the vote of the Assembly “will be definitive and binding”. The Manifesto, if approved, will become to all intents and purposes the “political basis for the birth of the new Democratic Party”, therefore without delays, delays or watering down.

Furthermore, the Manifesto “has no abrogative effects on the 2007 one, the result of the contribution, among others, of giants of democratic thought such as Scoppola or Reichlin. That Charter is and remains engraved in the history of the Democratic Party”.