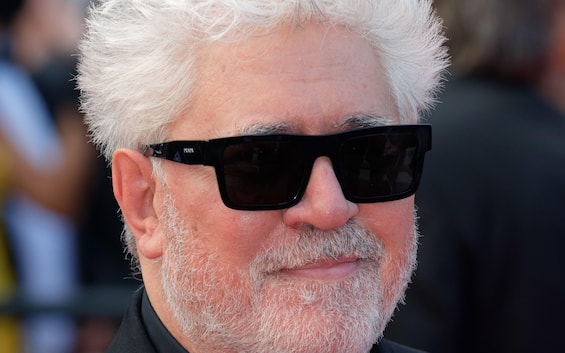 The song that inspired, already from the title, Strange Way of Life is a fado brought to success by the legendary Portuguese artist Amalia Rodrigues. In Estranha forma de vida Rodrigues sings: “Independent heart, heart that does not command, live lost among the people, stubbornly bleeding”. These verses have caught on Pedro Almodovar who, starting from those words, began to think of a western emptied of the machismo of the genre. A short film in which the protagonists challenge each other in a special duel, where the bravest is not the one who shoots first but rather the one who is the first to confess his love.

Pedro Almodovar, Do you speak english?

Almodóvar talked about his latest project during an episode of the podcast Dua Lipa At your service. The Anglo-Albanian pop star called the author of All about my mother his favorite director and confessed that thanks to his films he is learning Spanish. However, knowledge of the new language will not come in handy for the singer IDGF in the short term, given that Pedro Almodovar’s next project will be shot completely in English. Strange Way of Life is a half-hour short film but has great ambitions, as can be guessed both from the choice of language and from the parallel involvement of two big Hollywood stars such as Ethan Hawke and Pedro Pascal. After having given up on a film essentially “on the run”, abandoning the direction of A Manual for Cleaning Women with Cate Blanchett, Almodovar decided to focus on a more personal and intimate work for his first work not in Spanish since the medium-length film The Human Voice. Probably a wise choice, but which in any case should not be taken as a sign of a surrender to the “comfort zone” on the part of the filmmaker: the short that will be presented in Cannes represents, on the contrary, a courageous attempt to make Almodovarian poetics penetrate even cinematographic spaces where it would seem at least not obvious to see it appear.

As mentioned, Strange Way of Life was born starting from a music that will also be heard in the short and it is Almodóvar himself who explains what a piece from the Portuguese tradition could have to do with a story that has the structure of a western: “Those songs are all very sad and it is so that these two main characters live”. We already know the names of the two protagonists of the story: Silva and Jake. The pair of former gunslingers had a special relationship twenty-five years earlier but when Silva returns after a long time to his friend (in the meantime become sheriff) it is clear that he is not doing it just to pick up the threads of a friendship. With such an assumption, it doesn’t take long to understand how Almodóvar will bend even perhaps the most macho genre in all of cinema to his will: Strange Way of Life it has all the elements of the western, from the gunslingers to the sheriffs, but the director will use these ingredients to reinterpret everything from his particular point of view. “It’s about masculinity in a deep sense, because the western is a masculine genre. What I can tell you about the movie is that it has a lot of western elements (we have a gunslinger, we have the ranch, and the sheriff too) but what it has, which is not present in most westerns, is the kind of dialogue that I don’t think it has ever been proposed in a western between two men”, anticipated the man who gave us masterpieces such as Volver in the conversation with Dua Lipa. The definition that Almodóvar gave of his short film is that of “queer western” explaining that “there are two men and they love each other. However, they deal with the situation differently, behaving in diametrically opposite ways”. The closest reference to something like this looks like that Brokeback Mountain which the Spanish author himself had declined to direct at the time, perhaps not feeling ready. But now even Almodovar has understood that, as Amália Rodrigues teaches, “there is no existence stranger than one who ignores one’s desires” and it’s time to get involved by re-reading new languages. On the other hand, if all the characters in the master’s films, by his own admission “are moved by passion” why should he behave differently from his own creatures, precluding himself some path?