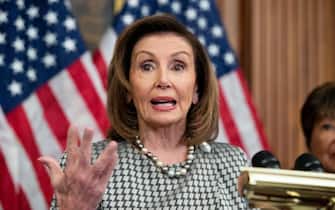 The Speaker of the Chamber Nancy Pelosi left on July 29, 2022 for Asia, but it is not clear whether he will go to Taiwan, the island at the center of tensions between the US and China for various geopolitical, military and economic reasons. Yesterday, the spokesman for the US National Security Council, John Kirby, declared that “the office of the Speaker of the House will speak about the stages of her journey, she is the one who makes her decisions, she does not need the approval of the House. White”

Biden, however, wanted to emphasize to Xi that Washington is “firmly opposed to unilateral efforts to change the status quo or undermine peace and stability across the Strait ”

Xi Jinping for his part warned the United States that “whoever plays with fire burns“, a metaphor that the White House refused to confirm.” Both sides of the Strait of the island belong to a single China “, thundered the Chinese president, reiterating his” firm opposition to separatism “and” the interference of external forces “.” We will never leave room for independence forces, “the leader of Beijing made clear

The possible trip to Taiwan by Nancy Pelosi could produce two interlinked effects: complicate thegeopolitical agenda of the President of the People’s Republic of China Xi Jinping from here to the National Congress of the Communist Party, who should confirm him at the helm of the country; and he could lay the groundwork for one new crisis between Washington and Beijing in the Taiwan Strait

The trip of the Speaker of the House would take place at 25 years apart from the last meeting between then Taiwanese President Lee Tang-hui and then US House Speaker Newt Gingrich in 1997, the year after the third Taiwan Strait crisis

On the other hand, for the same reasons, the US wants the territory to remain independent in order to maintain the outpost in the Pacific Ocean and global trade and logistic balances

Taiwan is indeed a single pole for the technology, manufacturing, automotive, electronics and IT sectors. It is among the twenty economies in the world and its GDP has surpassed countries such as Switzerland, Sweden and Saudi Arabia

Have the control of Taiwan it allows to obtain a strategic role in the Pacific, as well as an economic one regarding the main international exchanges