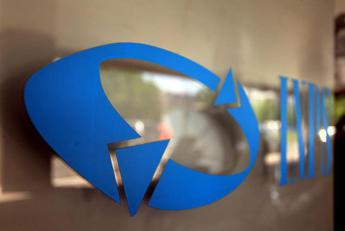 How it works, I calculate, who can request it

New pension share 102, what are the requirements? Introduced by the 2022 Budget Law, this formula provides for more severe personal characteristics, compared to 100, while the contribution requirement remains unchanged as stated on laleggepertutti.it. Then the same waiting windows are applied as for the previous pension treatment and the incompatibility between the receipt of the pension and the carrying out of the working activity is likewise arranged. The 2022 maneuver directly modifies the decree establishing quota 100 and does not introduce a new discipline.

What are the requirements for the 102 quota pension?

The 102 quota pension requires, for access, a minimum age of 64 years and a minimum contribution of 38 years, requirements to be completed by 31 December 2022. Basically, even if the worker reaches the quota 102, as sum of age and contributions, he cannot retire unless he is at least 64 years old and does not have at least 38 years of contributions by the end of 2022.

Attention must be paid to the years of contributions required for the right to the pension quota 102: 38 years may not be sufficient, if the requirement of 35 years of contributions is not met at the same time, net of periods of unemployment, or of illness or accident not integrated by the employer. In any case, the contribution requirement can be achieved in the cumulation regime, that is by adding the payments credited to different funds, with the exception of the contributions credited to the pension funds of the freelancers.

The contribution requirement requested for the 102 quota pension can be perfected even if the interested party does not reach 38 years of accreditation at a single pension management: upon request of the worker, the requirement can also be obtained through the accumulation, adding all and in full the insurance periods paid or credited to two or more forms of compulsory insurance, managed by INPS.

What contributions can be accumulated?

The law allows you to add free of charge, for the purposes of the right to share 102, the contribution credited to the following funds:

Professional funds, both private and privatized, are excluded.

How are the contributions added up?

For the purposes of entitlement to quota 102, the coinciding insurance periods must be considered only once. If there are coinciding periods, the contributions must be counted only once: those paid or credited to the management in which the greatest number of contributions are present must be neutralized. For the purposes of the measure, that is the amount of the pension, the payments must instead be valued all and in full.

The effective date of the 102 pension is moved forward due to the application of the waiting windows. In particular:

private sector workers obtain the right to retire after 3 months from the date of maturity of the requirements;

civil servants obtain the right to start the pension treatment after 6 months from the date of maturity of the requisites; they must then submit the application for retirement to the administration to which they belong, with 6 months’ notice;

for employees of the school and Afam sector, the single annual exit window applies.

The 102 quota pension is calculated as the generality of INPS pension treatments, without penalties and without the full contribution recalculation. The calculation of the pension is therefore:

fully contributory for those who do not have contributions as of December 31, 1995.

For the determination of the calculation system under the cumulation regime, the assessment of the years of accreditation at 31 December 1995 must be carried out considering the overall seniority of contributions accrued in the various managements involved in the operation. In determining the contribution seniority possessed by the insured, each management takes into account the rules of its own legal system in force on the date of submission of the retirement application.

Until reaching the minimum age for access to the ordinary old-age pension (equal to 67 years until 31 December 2024), the 102 quota pension cannot be combined with the receipt of income from employment, both subordinate and self-employed, with the exception of income deriving from occasional self-employment activities, within the limits of 5 thousand euros per year. Income attributable to a work activity carried out without subordination constraints, regardless of the method of declaration for tax purposes, is to be considered income from self-employment. Income from self-employment and business is recognized gross of withholding taxes and net of social security and welfare contributions due to INPS.

The Quota 102 pension is also not cumulative with the perception of agricultural income.

By way of example, the following are relevant income for the purposes of incumulability with the pension quota 102:

remuneration received for the exercise of arts and professions;

shareholdings in profits deriving from partnership agreements, in cases where the contribution is constituted – even in part – by the performance of work; if no working activity is carried out, the interested party can make a declaration of responsibility regarding the quality of shareholder who participates with capital without carrying out working activity; in this case, the income earned is considered by INPS as capital income, therefore cumulative with the pension benefit;

On the other hand, income is irrelevant for the purposes of incumulability with the pension quota 102:

shareholdings in profits deriving from joint venture agreements without contribution of work;

the remuneration received for exercising the priestly function;

allowances received for exercising the function of justice of the peace;

compensation in lieu of notice;

income deriving from socially useful activities carried out in the context of programs for the reintegration of the elderly;

allowances received for travel and missions outside the municipal area;

reimbursements for travel and transport expenses;

food expenses that do not contribute to form the taxable income;

compensation for the cessation of commercial activity.