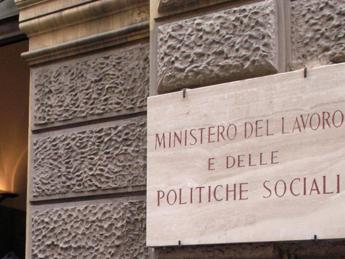 Countdown to the start of the discussion table on one of the most eagerly awaited reforms in the country, the one on pensions with which to definitively send the Fornero law to the attic. The convocation for trade unions and companies, formalized today, is for next Thursday, 19 January, by the Minister of Labour, Marina Calderone. The leaders of CGIL, CISL and UIL will bring to the table a unified platform with which to design a flexible retirement system that sets a retirement age of around 62.

But the road, as the failures of the last 10 years on a modification that appears impossible have taught us, will be long and tortuous. What is certain, and which has reiterated the same today Cauldronis that the government is “aware of having to put an end to that no longer short season of interventions carried out every year, to avoid the Fornero staircase and identify forms of early exit“, he explained to the Senate Commission, reiterating the need, for this, to set up a reasoning in favor “of one system reform focused on flexibility”. No will “not to give answers”, he added in order to immediately extinguish any political controversies. Indeed, “there is a great deal of willingness to listen to identify the answers that will be solicited”, she continues. And he ensures a fast work plan.

“The table on pensions will proceed quickly and the first draft could see the light within the first 5 months of the year“, he added. The government’s objective, in fact, as also explained in the summons received by CGIL, CISL, UIL and Ugl as well as Confindustria and all the other employers’ associations, is to “start an articulated process of analysis and comparison” to evaluate the economic and social impact of possible “structural” solutions. Not only that. At the center of the table also a “careful rationalization of the current early retirement instruments” and the relaunch of supplementary pensions. In any case, the Ministry of Labor notes, this will be the first in a series of technical discussions and more: the meeting will in fact also serve to articulate a ad hoc calendar on the specific topics covered by subsequent meetings.

The unions are ready for confrontation. “The first thing is to understand if the government really wants to tackle an overall reform with which to overcome the Fornero law”, he says in conversation with Adnkronos the CGIL confederal secretary Christian Ferrari which expects that “the government move on” and give “a clear sign of discontinuity with the wrong pension choices made with the latest budget law”. In a word Ferrari continues, “the political will to reverse the visible trend with the latest financial report and face a serious discussion”. Waiting for a positive interlocution also from Uil which expects the government to define a package of measures by next May on a new “stable and effective” social security system, summarizes the confederal secretary Domenico Proietti.

In particular, notes the Uil again, “it is necessary to define an age of access to retirement around 62, as happens in the rest of the EU and to think today of tomorrow’s pensions for young people, who due to the precariousness of these years have gaps it is also necessary to give women a year’s pension advance for each child, to value the care work carried out within families for the purposes of the contribution and to make the women’s option structural in its original version. We must also restore the full revaluation of pensions affected by more than 10 years of blockage of equalization, recovering a part of the lost amount and rekindling the spotlight on supplementary pension funds with a strengthening of incentive taxation and a new semester of silent consent”, he concludes. (by Alessandra Testorio)