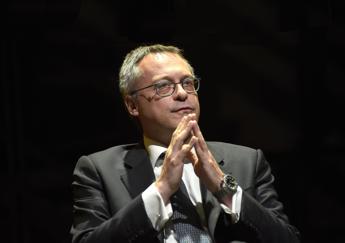 The president of Confindustria: “With the Fornero law no one retired”

“It is particular that in this country when we talk about work we are talking about pensions. Then if we are on the subject and I speak of those of old age we already have 9 exceptions to management. At the INPS level, there are 30 committees that manage the pension system, not to mention the private funds. So I believe that if we want to talk seriously we need a reform of the system and don’t get on with odds. On the other hand, the Fornero law has seen safeguard measures and I believe that for this reason no one has retired with its rules. “Thus the president of Confindustria, Carlo Bonomi on the sidelines of the Federmeccanica assembly comments on the opening of the government yesterday during the first meeting with the Minister of Labor Marina Calderone.


NADEF – Bonomi therefore also comments on the approval of the update note of the Def. “There is no tax wedge cut and we have seen that we want to make a spending rewiev that can bring about 4 billion in three years, but this is not what we are hoping for. We hope for a serious revision of public spending, 4 – 5% of over one trillion, should allow us to have those resources to make a serious and structural cut in the tax wedge “, he affirms and renews the proposal that entrepreneurs have been able to put on table of the last government. “Our proposal is 16 billion, under 35 thousand euros of incometwo thirds in favor of employees, one third in favor of businesses, means putting 1200 euros more in their pockets for each employee. maintaining attention to public finances, so on that path it is sustainable “, clarified Bonomi again.