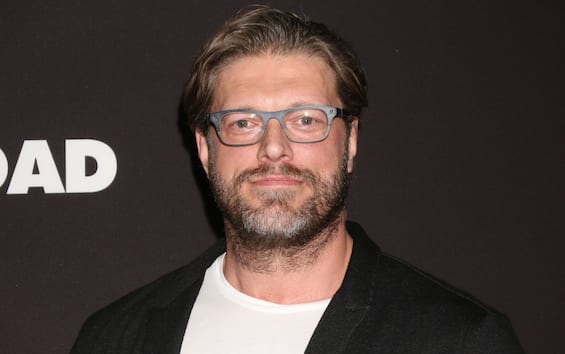 The production of Percy Jackson and the Olympians announced three new cast members on the series: wrestler Adam Copeland, Suzanne Cryer and Jessica Parker Kennedy. The three will star in the episodes alongside protagonists Walker Scobell, Aryan Simhadri and Leah Sava Jeffries. The series, based on the novels of Rick Riordan, will arrive on Disney + in 2023.

Adam Copeland, who is the new Ares

Adam Copeland will play the god of war Ares in Percy Jackson and the Olympians. He is described as “handsome, but wickedly, and arrogant even though he’s not the smartest of the bunch. He loves conflict and behaves causing chaos wherever he goes “. Adam Joseph Copeland is a Canadian WWE wrestler and actor best known in the ring as Edge. He is one of the Most titled wrestlers of all time, having won a total of thirty-one titles: 11-time world champion, 14-time pair champion, 5-time intercontinental champion and one-time United States champion, making him the twelfth wrestler to complete the Grand Slam. As an actor he has worked in the cinema in three films: Highlander: Endgame, Beyond any rule And Interrogation – Explosive Shot. On TV he has appeared in series such as The Flash and Vikings.

Percy Jackson for Disney +, what do we know

The series Percy Jackson and the Olympians tells the story of 12-year-old Percy Jackson, a young demigod who must face his new divine powers when Zeus accuses him of stealing his lightning bolt. With the help of his friends Grover and Annabeth, Percy must find the lightning bolt and try to restore order to Olympus. The script of the pilot is signed by the author himself Rick Riordan in collaboration with Jon Steinberg, while the director of the first episode will be directed by James Bobin. The three are also involved as executive producers. As for the other two new cast members, Suzanne Cryer will be a guest star, Echidna, the Mother of Monsters. The character is described as “dangerous, intimidating and strangely maternal. She appreciates the goal of testing heroes and will test Percy’s faith in the gods ”. Jessica Parker Kennedy will also be a guest star in the role of Jellyfish, who has been wronged by the gods and is very angry. She lives in isolation until travelers arrive at her convenience store. Percy Jackson and the Olympians will arrive on Disney + screens in 2023.