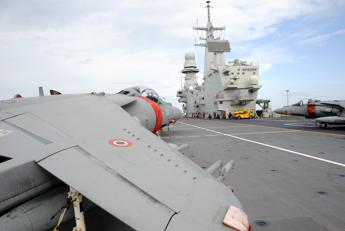 The Undersecretary of Defence: “Today we have operations in the mare nostrum with the European Union in Irini and with NATO in Sea Guardian”

“Our Navy operates in the Mediterranean in a context of international synergy with the allied navies. Today we have operations in the mare nostrum with the European Union in Irini and with NATO in Sea Guardian, we also work together with the US aircraft carrier Bush in the Aircraft Carrier Group located in the area”. He claims it the Undersecretary of Defense Matteo Perego of Cremnago. “Today, the Command of the National Safe Sea Operation has also changed, always in our seas – he continues -. Admiral Marchiò has left the Command to Admiral Frumento who will pass with the crews of the ships engaged in the mission these festive days at sea , carrying out its mission which will also be to closely monitor the presence of Russian ships in the Mediterranean. Best wishes to all the military engaged in operational activity in Italy and abroad, and to their distant families who support them, all of Italy she’s proud of you.”