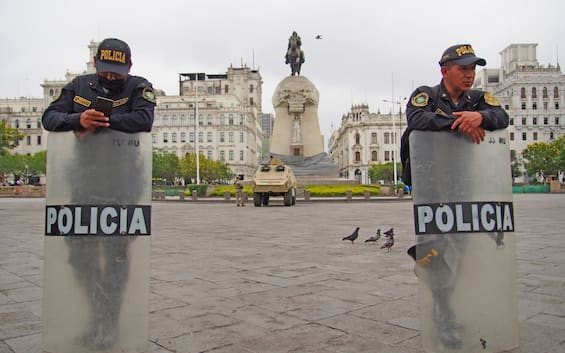 The balance of clashes in Peru between anti-government demonstrators and the forces of order has worsened further, reaching 22 dead and several dozen wounded, especially in some cities in the centre-south of the country. The last three people to lose their lives were registered in the past few hours in Pichanaki, a city on the central Peruvian cordillera, located in the Junin department. The regional health directorate provided details of the clashes: in addition to the three dead, 52 were injured, including 43 civilians and 9 police officers.

The riots in the country and the stranded tourists

Meanwhile, some 300 tourists from around the world have been stranded in the ancient city of Machu Picchu after the country plunged into a state of emergency following the ouster of President Pedro Castillo, who was impeached and subsequently arrested after announcing the his plan to dissolve Congress. Since he was arrested, riots, marches and roadblocks have taken place throughout Peru that have paralyzed not only ground traffic, but also that in some important airports in central-southern Peru. Mayor Darwin Baca said that among the travelers stopped at Machu Picchu, there are Peruvians, other South Americans, Americans and Europeans. “We have asked the government to help us with the help of helicopters to evacuate the tourists,” said the mayor. “The only way in and out of the city is by train and these services are suspended until further notice.” Trains to and from Machu Picchu, the main means of access to the site, were halted last Tuesday, as confirmed by PeruRail, Peru’s railway operator in the southern and southeastern regions of the country.

The situation of the four Italian girls

Among the tourists stranded in Peru there were also four Italian girls, Giulia Opizzi, Martina Meoni and the sisters Federica and Lorenza Zani, who were stranded for three days in the village of Checacupe. In these hours, the Ansa news agency has learned that all of them have left, in cars escorted by the Peruvian police, arriving as far as Cusco, from where they will probably continue by air to Lima. The program foresees that once they reach the city of Cusco, the girls start the procedures to be able to embark on a direct flight to Lima, to finally return to Italy.