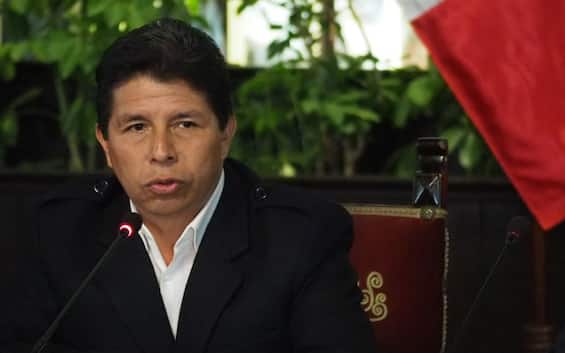 Pedro Castillo was sentenced to 18 months in prison on charges of rebellion and attempted coup. After hearing the speeches from the prosecution and defense, Judge Juan Carlos Checkley Soria read for almost two hours the arguments in support of his decision to accept the prosecutor’s request against Castillo. The magistrate specified that the former head of state will have to remain in prison until June 6, 2024, a decision against which Castillo will appeal.

Castillo is involved in several investigations

The prosecution’s accusation was based on an attempted coup d’état carried out by Castillo with his speech to the nation last December 7, when he announced the dissolution of Parliament, the start of a process of reform of the Constitution and a substantial commissioning of all Peruvian judicial bodies. Castillo is embroiled in several corruption investigations and this operation has been defined as a self-coup, carried out to prevent the vote on his impeachment from being held.

Castillo’s removal from the presidency has caused discontent, both abroad and at home. Mexico has offered the man political asylum, emphasizing that he has been the victim of a fury by his political rivals for some time. Meanwhile, the number of dead in the riots that broke out throughout Peru after his arrest has worsened in recent hours. There are now 18 victims. This aggravation of the conflict has prompted the government to decree a curfew in 15 provinces of the country for at least five days.