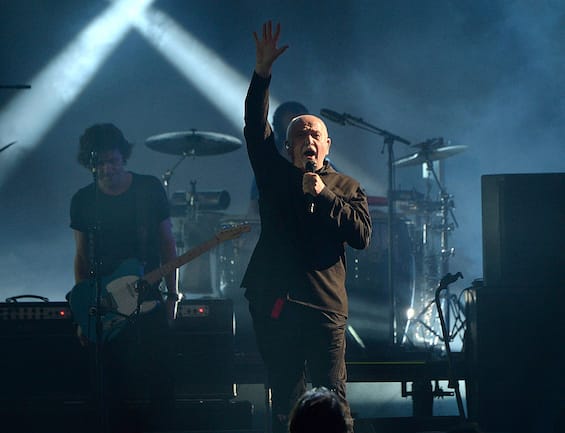 “It’s been a long time and now I’m surrounded by loads of new songs, excited to take them on the road. I can’t wait to see you on tour ”. From this message with which he announces great news for the near future we understand one thing: Peter Gabriel he knows that his audience has been missing, especially those of these latitudes. The former member of the Genesis in fact he had not returned to Europe for eight years, when he crossed the Old Continent with his Back to Front Tour, in which he re-proposed the passages of the 1986 masterpiece I know. An absence that is far too long that the artist is now ready to be forgiven with his own i / o The Tour. A great traveling event that will also touch Italy and in particular two cities to which Gabriel has already given unforgettable concerts in the past: Verona and Milan.

The series of 22 concerts that will cross Europe and the United Kingdom in 2023 has two stages in our country. On Saturday 20 May at the Arena di Verona and Sunday 21 May at the Mediolanum Forum in Milan there will presumably be two authentic event dates, also because during these live shows the singer is ready to finally bring new music live. Peter Gabriel has never been an overly prolific artist, at least if you only consider unreleased albums. Suffice it to say that the next work that gives the title to the tour (I) it will be the first album with original material since 2002, when it was released Up. Even if in the meantime Gabriel did not miss anything (alternating reworkings of his repertoire, cover discs and soundtracks), the absence of something more “fresh” and personal was really starting to be felt. An unprecedented recording test was highly anticipated by all fans but it should also be remembered that the processing of I it has been long and complicated, so much so that references to this new work of the former Genesis can already be found in some of his interviews a few years ago. The wait has been long but the conditions for the next few months are excellent, given that in the upcoming concerts the artist promises to alternate old and new hits. It will be a real journey in which some historical collaborators of Peter Gabriel will also be accompanied, such as the great musicians Tony Levin, David Rhodes and Manu Katché.

The three immense artists mentioned above were already present in other historic concerts held by Peter Gabriel in Verona and Milan. On May 20, the music of the author of Sledgehammer will resonate in the Verona Arena 35 years after the first time, on 18 September 1987. That unforgettable concert, which was not ruined even by a light rain, is today in the memory of many fans (who have not yet forgotten the moment in which their idol floated over the audience while performing in Lay Your Hands On Me). However, Milan also has an unforgettable memory of Peter Gabriel, which has now been handed down for a couple of generations: it is his concert at the Palatrussardi on 10 June of the same year. Also on that occasion there was a full house to attend a show also made up of essential scenographies and a decidedly innovative lighting system for the time. That evening in the early summer of 1987 was historic for live music in the Lombard capital which saw Peter Gabriel and David Bowie perform, two stops away from each other (who, at the same time as his colleague, filled San Siro). 37 years after those glories, Gabriel returns to Italy and this time there will be nothing and no one to take away even part of the scene from him. We’ve all waited too long to see it again, and fans who have been waiting for years are unlikely to make other commitments for May 2023.