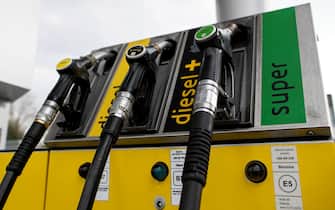 The arrival of 2023 was accompanied by a significant increase in petrol and diesel prices. With the Maneuver of the Meloni government, in fact, it was decided to further reduce the cut in excise taxes on fuels which for a few months had calmed down the prices. Meanwhile, the executive has modified the decree on price transparency and established that “in the presence of a possible increase in the price of crude oil and therefore the relative increase in VAT in a reference quarter, the higher income” will serve to reduce the price of the pump

Petrol, without taxes in Italy, would be among the least expensive in Europe

A first cut of the “discount” had already arrived in November, when the figure had been reduced from 30.5 to 18.3 cents starting in December

Dear fuel, here are the provinces where petrol and diesel are cheaper

In some cases, as reported by Ansa, from the beginning of the year i petrol prices have soared beyond the 2 euro mark even for self-service. If for the latter the cost at national level is around 1.8 euros per litre, the served salt even over 1.95 euros per liter. Even worse is diesel, which slightly exceeds 2 euros per liter served

Fuels, the map region by region: where they cost the most

The price hike has also caused a “hunting” at the most accessible price among motorists. To that end there are some applications that allow you to find the closest distributors that guarantee the best possible cost

10 tips to save on the cost of fuel

Among the best known is Petrol prices: this is an app designed to save on petrol and diesel refuelling. On the map you can see where the cheapest distributor isto find it, simply filter by fuel type and activate GPS to locate the nearest service

There are other applications that provide a similar service: Fueliuswhich has a rating of 4.3 on the Play Store, or iFuelwhich is only available on the Apple store, or Petrol Price Comparator. Also Wazea road navigation app, allows you to compare the prices of the various petrol stations

This type of app generally requires you to activate geolocationthus showing i real-time prices of nearby distributors. In some cases, however, the update is also based on the user contribution and not everyone takes steps to report any changes. The actual cost of petrol and diesel, therefore, may vary

Furthermore, to check prices at the distributor, there is also a institutional site managed by the Ministry of Enterprise and Made in Italy: it’s called Pricewatch Fuelswhere you can consult the costs of diesel and petrol charged by the managers

According to experts, the problem is that soon i prices international of petrol and diesel could to increase really, for the embargo to Russian refined products from February 5 and the recovery of the Chinese economy

According to the president of Nomisma David Tabarelliat the moment “theSaudi Arabia produces a lot, the China does not consume because the economy is blocked, the offer of refined products from Russia it has not failed”. But, predicts the expert, “the price of crude oil will sooner or later to increasethe Chinese economy will sooner or later restart”. And when on February 5th the block of the imports of gasoline and diesel fuel from Moscow, “there will be voltage on the question, why there are not enough refineries in Europe”

Fuels, distributors obliged to display the average price: this is how the figure is formed