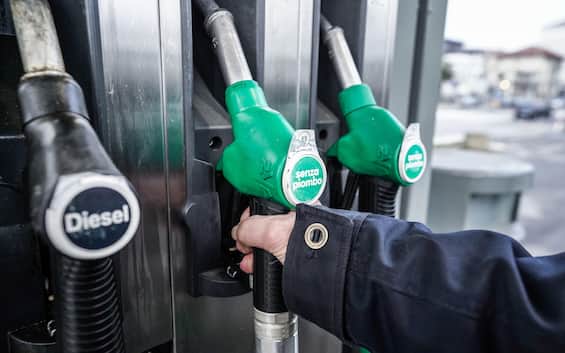 In Italy we pay one of the most expensive petrol in Europe, but excluding taxes, the raw material with which we fill the tanks is one of the cheapest. The difference is made by the heavy taxes, between excise duty and VAT

Prices at Italian distributors are among the highest in the European Union, but petrol itself is one of the least expensive on the continent. The contradiction is shown by the latest data from the European Commission. The Italian price lists including taxes are the fifth highest in the European Union, after Finland, Denmark, France and Greece. But if we remove the taxes from the prices, Italian petrol would no longer be the fifth in the EU but the eighteenth.

In fact, the Italian raw material itself is not as expensive as it might appear at the pumps. It costs three cents less than the German one, nine less than the French one and ten less than the one paid by the Spaniards. However, countries that – once taxes have been applied – pay less for fuel than Italians, outside of Paris.

The reason why the raw material in Italy is cheaper than elsewhere lies in the important refining capacity of our country. Indeed, according to Unem data, Italian consumption is equal to over 55 million tons of petroleum products, mostly diesel, while production exceeds 70 million. Italy therefore refines more diesel and petrol than it consumes, thus being able to reduce imports from abroad which risk costing more than national production. An opposite situation, for example, to Germany where domestic consumption (92 million tons) exceeds domestic refining (83.1), forcing the country to depend on foreign countries.

In the peninsula record of petrol stations

Another element that can reduce the price of the raw material is the high number of fuel distribution plants. Again according to Unem, there are more than 20,000 in the peninsula, a decidedly higher number than in Germany (about 15,000 petrol stations), Spain (12,000) and France (11,000). More distributors can therefore increase competition and reduce prices for motorists.

On the other hand, such an extensive network of petrol stations, which on average dispense much less fuel than in other European countries, entails higher transport and logistics costs.

But the real difference in price with the rest of Europe, as we said, comes from taxes. In Italy we pay the highest on the continent: more than 58 percent of the final price goes to the state, including excise duty and VAT. In Germany and France it is 54 percent, the European average stops at 50 while in Spain it is even only 47 percent. And this is what determines the final price difference for motorists.