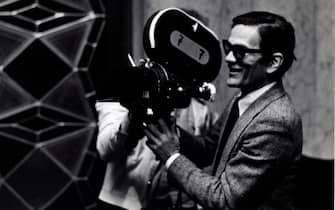 Pier Paolo Pasolini was born in Bologna on March 5, 1922. After living in Friuli-Venezia Giulia, in 1950 he moved to Rome. Director, poet, writer and much more: he was one of the most eclectic and uncomfortable intellectuals of the twentieth century. He was found lifeless on November 2, 1975 at the Idroscalo di Ostia, murdered at the age of 53. To celebrate the hundredth anniversary of his birth, let’s retrace his filmography (in the photo, Pasolini during the filming of Salò or the 120 days of Sodom)

WATCH THE VIDEO: The best films by Pier Paolo Pasolini

Accattone (1961) – Written and directed by Pasolini, it is the film that marks his debut behind the camera. It is considered the cinematographic transposition of his previous literary works, the story on the big screen of a part of the Roman underclass and its “children of life”. “Accattone” is the nickname of the protagonist Vittorio Cataldi (played by Franco Citti). The film was presented out of competition at the Venice Film Festival

Pasolini, all the news about him

Mamma Roma (1962) – The second film as director is also set in the Roman towns. This time the protagonist is a woman, a Roman prostitute – played by Anna Magnani – who wants to change her life to dedicate herself to her son Ettore. It is presented at the Venice Film Festival and, like the previous one, provokes fierce controversy and criticism. Magnani gives an extraordinary interpretation, acting in the midst of a group of amateur actors

Pier Paolo Pasolini, one of the most uncomfortable intellectuals in Italy. PHOTO

The Gospel according to Matthew (1964) – The film – shot among the stones of Matera – tells the life of Jesus faithfully following, except for some temporal inversion, the Gospel of the apostle Matthew: from the annunciation to the Virgin Mary to the resurrection. Martin Scorsese called it “the best film about Christ”. This film also caused controversy. Among the awards, the Grand Jury Prize at the Venice Film Festival, three Nastri d’Argento (best director, photography, costumes) and three Oscar nominations (scenography, costumes, soundtrack)

Pasolini and football in a book and a docufilm

Birds and Birds (1966) – Totò and Ninetto Davoli play father and son who meet a talking crow. Between anecdotes and fairy tales, this ironic, poetic and surreal film becomes a reflection on problems such as the cultural crisis of the communist left in the 1960s, the contradictions of the society of the time, the role of the intellectual, the fate of the proletariat. Morricone’s soundtrack, songs from the opening and closing credits interpreted by Modugno. Special mention to Totò at the Cannes Film Festival, 2 Silver Ribbons. Commercial failure

Oedipus the King (1967) – Pasolini revisits Sophocles’ tragedy, with autobiographical elements. The protagonist is still Oedipus, played by Franco Citti, but he moves against the backdrop of the 1960s. In the cast also Silvana Mangano, Alida Valli, Carmelo Bene, Julian Beck. There is also the director, in the part of the Great Priest of Thebes. It was presented in competition at the Venice Film Festival and won two Silver Ribbons

Theorem (1968) – It is considered one of Pasolini’s most complex and original films. At first it was conceived as a tragedy in verse, then it was developed into both a novel (with alternating verse and prose) and a film. It tells of the rich family of a Milanese industrialist who is shaken by the arrival of an enigmatic guest. Like other Pasolini films, it caused a scandal: it was kidnapped for obscenities, with the director and producers denounced and then acquitted. In Venice, Coppa Volpi for the best female interpretation to Laura Betti

Pigsty (1969) – In the film, also heavily criticized, two parallel episodes alternate which in the end come together to denounce the negative influence of some parents. One episode tells the story of a young man wandering through the desolate fields of a volcano (Mount Etna), the other of the son of a German middle-class family. Both are eventually mauled by animals

Medea (1969) – Pasolini directs Maria Callas in this reinterpretation of Euripides’ tragedy: Medea, abandoned by Jason, takes revenge by using her magical arts to make her rival Glauce die and by killing the two sons of the argonaut. A story that the director defines as a “somewhat monstrous mixture of a philosophical tale and a love intrigue”. Positive reception from the critics, the colder the audience

The Decameron (1971) – Great success with the public, with the usual trail of controversy and censorship, for this film that opens the so-called “Trilogy of life” (which continues with The Canterbury Tales of 1972 and The Flower of a Thousand and One Nights in 1974): on the market Italian grossed more than 4 billion lire. Pasolini, inspired by Boccaccio’s work, revisits some of the most important and characterizing short stories. Silver Bear at the Berlin Film Festival

The Canterbury Tales (1972) – Golden Bear in Berlin, on the other hand, for this film based on Geoffrey Chaucer’s The Canterbury Tales. On their way to Canterbury, Chaucer (played by Pasolini) and other pilgrims tell stories and anecdotes. The director has chosen 8 of the 24 stories of the work, reworking some parts or inventing others. This film was also widely censored in Italy

Flower of the Thousand and One Nights (1974) – Concluding chapter of the “Trilogy of life”, taken from the famous collection of oriental tales, it won the Special Jury Grand Prix at the Cannes Film Festival but had a colder reception than the other two at the cinema. “The truth does not lie in a single dream, but in many dreams”, is the initial quote that acts as a guiding thread. The story begins with the meeting between Nur ed-Din and Zumurrùd. Filed by the Milan Public Prosecutor’s Office a complaint for obscenity

Salò or the 120 days of Sodom (1975) – It is Pasolini’s last film, the most extreme: after the “Trilogy of life”, it should have been the first feature film of the “Trilogy of death” but it remained the only one due to the killing of the director. The film was presented posthumously at the Paris Film Festival. In Italy it was at the center of protests and legal events, so much so that it was immediately kidnapped. The film is inspired by the book “The 120 Days of Sodom” by the Marquis De Sade and also has references to Dante’s Inferno

Ricotta, an episode of Ro.Go.Pa.G. o Let’s wash our brains (1963) – Pasolini also participated in 4 episodic collective films. The first is Ro.Go.Pa.G., of which he shot the episode entitled La ricotta. The other directors are Roberto Rossellini, Jean-Luc Godard, Ugo Gregoretti. It is a sort of parody of the Passion: during the filming of a film on the subject, one of the robbers dies on the cross of ricotta indigestion. He was found blasphemous and kidnapped for insulting religion. Pasolini sentenced to 4 months in prison, then acquitted on appeal

The Earth seen from the Moon, episode of The Witches (1967) – Another collective film is The Witches: produced by Dino De Laurentiis, it is divided into five episodes directed by as many directors. In addition to Pasolini, there are Mauro Bolognini, Vittorio De Sica, Franco Rossi and Luchino Visconti. All have as protagonist Silvana Mangano. Pasolini’s segment is taken from his story Il buro e la bura, never published. Music by Ennio Morricone

What are the clouds ?, episode of the film Capriccio all’italiana (1968) – Six episodes of Capriccio all’italiana, a comedy shot in ’67 and distributed the following year. The other directors are Mario Monicelli, Steno, Mauro Bolognini, Pino Zac and Franco Rossi, Mauro Bolognini. Pasolini’s segment is a reinterpretation of Otello, played by a group of puppets (Totò, Franco Franchi, Ciccio Ingrassia, Ninetto Davoli, Laura Betti and Adriana Asti). Totò, who died on April 15, 1967, has not seen the film

The sequence of the paper flower, episode of the film Love and Anger (1969) – The last collective film in which Pasolini participated is Amore e rabbia: it consists of five episodes and the other directors are Marco Bellocchio, Bernardo Bertolucci, Jean-Luc Godard and Carlo Lizzani. The protagonist of Pasolini’s episode is Riccetto (played by Ninetto Davoli), who crosses Rome with a large red flower in his hand without realizing the evil and suffering that surrounds him.