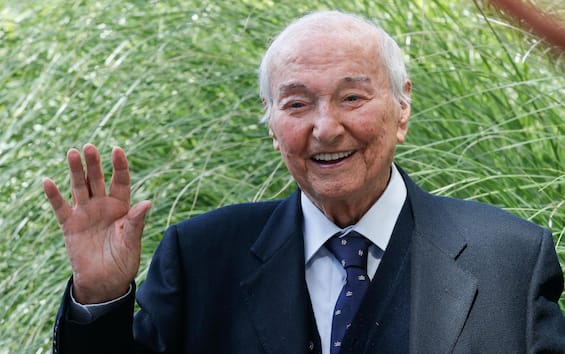 Today it is a giant who is leaving uswith dozens of programs, surveys, in-depth studies, twelve honorary degrees, about forty books, the gold medal of Italian culture, the honors of Grand Officer of the Order of Merit of the Italian Republic and of Cavaliere di Gran Croce of the Order of Merit of the Italian Republic, awards in Italy and abroad, Piero Angela, is leaving us at the age of 93 (here the memory on social media), without ever losing curiosity, the taste of telling stories, intriguing and making generations of spectators grow. And speaking of curiosity, perhaps not everyone knows about his passion for music that he knows at an early age.

Peter Angela and the love for jazz

Man of a thousand resources, Piero Angela was a talented pianistabove all an expert in jazz and for the uninitiated, his stage name was Peter Angela. In fact, in the years of his youth, the patriarch of Italian popularization, he had made himself noticed in the Turin jazz clubs of the city that gave him his birth on 22 December 1928. He was only twenty years old and one boundless passion for music that he cultivated since he was a child, a passion that he loved to describe as “a virus that accompanies you over time and never ends“. And if he had preferred the scientific one to his musical career, he never stopped nourishing his creative vein on the piano. He always loved to play and did it several times also for the audience on TV, one of the most famous occasions was that of his birthday in 2018, Fabio Fazio’s guest at “Che tempo che fa” (you can see the video of the exhibition below). And in the wake of the passing of time … we greet him like this, on the notes of “his” song “As Time Goes By”.

Also in Viareggio (Lucca) and in Versilia they remember with emotion Piero Angela for his youthful past on the coast, a bond that the great popularizer then kept close with that territory throughout his life. Piero Angela was several times a guest in Romano Battaglia’s living room at the Versiliana in Marina di Pietrasanta (Lucca), but well before, as a young man, for another reason, he was tied to the coast. His talent for music had not gone unnoticed to the one who would become the patron of the Focette Compass, Sergio Bernardini. In fact, in 1948 Bernardini himself, remember, he hired a barely 20-year-old ‘Peter Angela’ for the opening night of the Capannina di Viareggio, a place that still exists today and has the same name as the other at the Fort. Piero Angela was 20 years old and he produced himself under the stage name Peter Angela in various jam sessions. He had been noticed in the Turin jazz clubs in the same year by the young entrepreneur, already emerging, Sergio Bernardini who, in fact, contacted him for the launch evening of his Viareggio club. The bond remained and in subsequent years Pietro Angela also performed at La Bussola with the Versilian journalist Aldo Valleroni, who among other things was the author of famous songs such as ‘A roundabout on the sea’. They were friends and they usually met in Versilia.