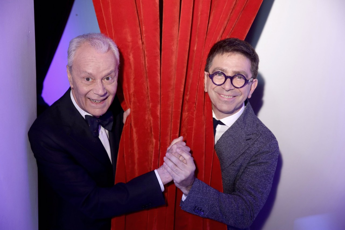 The showman on stage tomorrow at the Sala Umberto in Rome with the show ‘Always flowers, never a florist!’ taken from the book published by Rizzoli

“Paolo Poli was an absolute reference point, the meeting with him was undoubtedly one of the most important of my life. “To confess this to AdnKronos is Pino Strabioli, actor and showman, who dedicated the show to the figure of the Florentine artist ‘Always flowers never a florist!’ taken from the book of the same name written by four hands, born from the frequentations and above all from the many dinners consumed together, staged tomorrow at Sala Umberto in Rome, stage of a long tour that will continue in Cremona, Ascoli, Orvieto and then in Piedmont and Puglia.

“I remember very well the first time I met him – Strabioli says – I was sick of the theater and its shows, I interviewed him, I fell madly in love with that gentleman on the stage, I sent him a bouquet of flowers, of tulips to be precise, but the next morning he called me saying that he found them horrible, that he hated them because they reminded him of the only love of his life “.

And then, in fact, always flowers but never a florist … “That’s right!”, He smiles amused. “With him we have made over four hundred replicas around Italy, eight episodes for Rai on deadly sins and this book published by Rizzoli, on the occasion of this show dedicated to Paolo Poli. “And do his human and artistic talents coincide or diverge?” They coincide absolutely: it was always a swim in an open sea of ​​culture and fun“.

But how much did he pay his homosexuality, at least among the general TV audience? “He has always lived it in a very natural way – replies Strabioli – If anything, it was some political censorship and some ostracism of theater directors or rather bigoted cinema directors. But never the public, which has always been very transversal and passionate “.