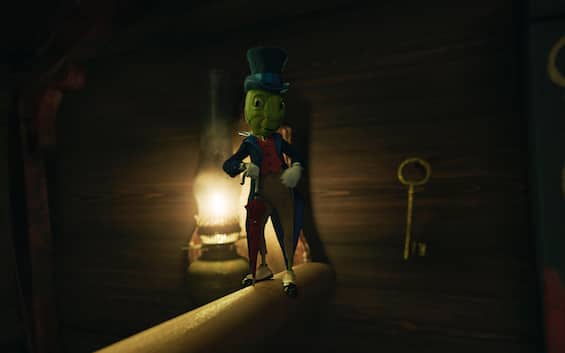 The expectation is growing for the release of Pinocchiothe new film directed by Robert Zemeckis. The Instagram account of Disney Plus (also visible on Sky Q and via the app on Now Smart Stick) shared a clip from the film providing a new look at work.

pinocchio, the clip from the film

After months of waiting, Pinocchio is finally ready to make its debut on the streaming platform. Disney Plus (also visible on Sky Q and via the app on Now Smart Stick) gave the public exclusive images with Pinocchio and the Jiminy Cricket.

pinocchio, the details of the film

Robert Zemeckis directed the new work while also writing the script alongside Chris Weitz. The film, based on the novel The adventures of Pinocchio. Story of a puppet from Charles Collodiwill have in the cast Tom Hanks in the role of Geppetto, Cynthia Erivo in those of the Blue Fairy e Luke Evans in those of Postillion.

Among the actors who have lent the voices to the characters Joseph Gordon-Levitt And Keegan-Michael Key.

As for the distribution, Pinocchio will debut on the streaming platform (also visible on Sky Q and via the app on Now Smart Stick) on Thursday 8 September.