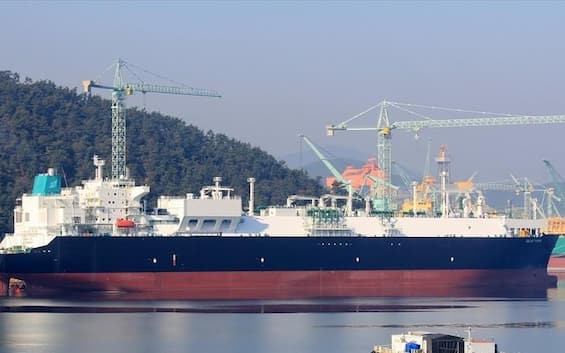 The mayor of Piombino, as well as Europa Verde, is opposed to the floating regasification plant. But if it does not come into operation we may have to be forced to implement rationing. THE SKYWALL

If the Piombino floating regasification terminal did not come into operation in the spring of 2023, as requested by the mayor of the city Francesco Ferrari (re-elected in the center-right in 2019), Italy would risk having to implement gas rationing to address the shortage. In fact, next year, the Ministry of Ecological Transition estimates that from liquefied gas we will obtain 7.9 billion cubic meters of gas more than in 2021. This is about one third of the entire diversification plan of energy sources useful for reducing the dependence on Russia.

There would be 2.5 billion cubic meters missing

Without the Piombino floating plant, approximately 2.5 billion cubic meters would be missing in 2023. That is about half of the annual capacity of the Golar Tundra, the ship that Snam purchased to dock it in the port of Piombino and regasify the liquefied gas arriving by sea.

If this happens, other energy sources should be identified. Gas purchases from Russia could be increased, but in contravention of European pacts and placing oneself in the hands of an unreliable supplier.

A second option could be to increase the generation of electricity from renewable sources. But our country has historically been slow in installing new solar and wind power plants. This year, thanks to the increase in investments, the release of some works and the simplifications introduced by the government, we could obtain a recovery: at least 5.1 gigawatts of new installations according to Terna. But accelerating will not be a walk in the park, given that for years the pace of march has been much lower.

Another possibility could be to reduce electricity consumption. But the Italians might disagree: in the first six months of 2022, consumption increased, according to Terna, by 2.2 per cent compared to the same period in 2021, taking into account temperatures and the working calendar. The comparison risks being influenced by the closures due to the pandemic, still in force in 2021: but even in the month of June alone, electricity consumption has risen compared to last year, when the government had already decided on reopening.

Piombino will not be the only city to host a floating regasification plant. The same fate should befall Ravenna in 2024, to host the BW Singapore, the second ship purchased by Snam. In the Romagna city, however, the local institutions have not expressed opposition to the project.