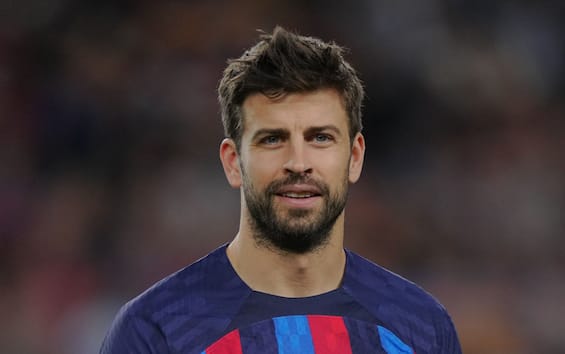 Gerard Pique serial cheater? So it would seem according to the latest rumors from Spain, according to which the woman with whom the former Barcelona player cheated on Shakira, would in turn be betrayed by Piqué with the lawyer who is following the cause of separation from the South American singer. There is material for a soap opera or a latest generation TV drama series, but in the meantime gossip is raging and there are already those who talk about “karma”, in particular Shakira’s fans rejoice but the news has not yet been confirmed. Of course, neither Piqué nor Shakira are doing anything to keep a low profile.

Shakira’s marriage with the former footballer would have been definitively shattered due to the relationship conducted by Piqué with the very young Clara Chía Martí. Hence Shakira’s note, which compares her love rival to a Casio watch and herself to a Rolex, among other things. But the song, which exploded into streams when it first came out and created so much hype, may already be outdated. To reveal the Spanish love triangle was the journalist Jordi Martin, who through social media launched the explosive bomb for the world of gossip: “Do you know her, Gerard? So don’t be surprised if Shakira throws the whole world at you.” Ready to go, the reporter’s statements went viral in just a few hours and in Spain for days there has been talk of nothing but the possible umpteenth betrayal of Piqué. The lawyer with whom Piqué would have cheated on Clara Chía Martí is equally young and probably inexperienced in the world of gossip, so much so that as soon as the news began to circulate she immediately made her profile private.

Who is the advocate of discord

The third (or fourth?) of this modern soap opera is called Julia Pui Gali, is only 25 years old but a glittering career has already started. She has a master’s degree in economic criminal law in her pocket and followed Piqué’s divorce case with Shakira. The two therefore evidently spent a lot of time together, getting to know each other and this would have triggered yet another spark for the former footballer. But an alternative version would like that the real betrayed is the lawyer and not Clara Chía, because the relationship with her would have started three years ago.