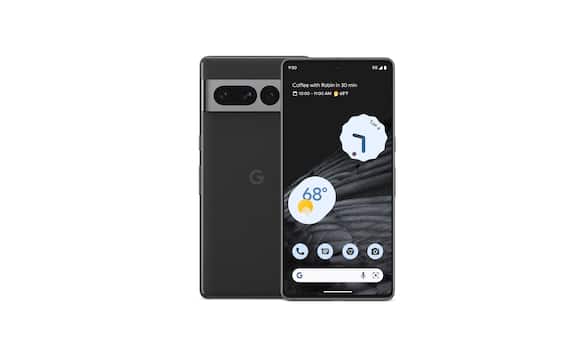 A few months after the arrival of Pixel 6a in Italy, Google has launched its new line of Pixel products which includes the new Pixel Watch smartwatch, the new Pixel Tablet tablet, the new Pixel Buds headphones and the new Pixel 7 and 7 Pro smartphones. For the moment, the new Pixel phones have arrived in Italy, which stand out for being smartphones with the best – in our opinion – Android experience and with many innovative features that make them unique. We tried the 7 Pro model, here are our impressions and all the features.

The new Google Pixel 7 and 7 Pro are very similar to each other: the first is a compact phone with a 6.3-inch screen; the second – the subject of our review – has a 6.7-inch display. Glass enclosure protected by Corning Gorilla Glass Victus, aluminum camera bar and polished aluminum finishes, the Pixel 7 Pro is made from recycled materials and is sold in ice white, obsidian black and green gray. The 7 Pro is not a featherweight: it weighs 212 grams, which increase to 250 with the cover installed and which make themselves felt in your pocket. The new next generation Tensor G2 processor, equipped with an advanced automatic learning system and a particular focus on the efficiency of voice recognition, oversees all the innovative functions present on the Google Pixel. Good and bright the QHD + OLED display with dynamic refresh rate up to 120Hz that acquires a new backlight mode that makes it more visible under direct sunlight and that adapts very quickly to sudden changes of light. Under the hood we also find a 12 gigabyte Ram memory and a storage space of your choice between 128, 256 and 512 gigabytes. In terms of energy, a large 5,000 mAh battery is installed on the 7 Pro which, thanks to Google’s software optimizations, allows (even by “squeezing the phone thoroughly”) to brilliantly overcome the day of use and to arrive (on average, in our test under stress) at about 20 hours, although with more moderate use of the phone it is also possible to reach two days (up to three days with the extreme energy saving mode activated). In terms of charging, there is no charger in the package: we recharged the Pixel 7 Pro from completely discharged to fully charged in about an hour and 50 minutes (in half an hour we reached 36%, in an hour at 71 %). Among the news comes (finally!) Also on Pixel 7 and 7 Pro the unlock mode with the face (which, however, has not convinced us completely for the moment), which is added to that via fingerprint for biometric authentication . The smartphone is dual-sim (a physical sim, a virtual one) and is resistant to dust and water with an IP68 certification.

Pixel 7 Pro is powered by the Android 13 operating system, the latest version of Android that is characterized by speed, lightness, many customization possibilities. We had seen in the previous version of Pixel the many customization possibilities of the Material You interface: in this release they are even more and allow, by choosing one of the many wallpapers present in the phone’s memory, to color the menus and icons with the same palette of colors. On version 7 of the Google Pixel the voice assistant has a great importance and allows you to perform many functions, thanks to the improvements introduced by the new Tensor G2 processor that also concern speech and language understanding. Among those that most impressed us, the possibility of transcribing on the screen all the audio that is played on the phone: to give an example if we receive a voice message and we are in a meeting and we cannot listen to it, just activate the automatic transcription and turn down to zero the volume to play it and read the content of the audio message. The voice recorder (available as well as in Italian in English, French, German, Spanish and Japanese) is able to record speech (such as a speech or an interview) and transcribe it in real time, so that from the telephone or even from a web interface we can find, even after days, the transcription of the audio recording and, for example, listen to only the parts that interest us. Among the novelties of the voice assistant there is also the possibility of using the voice to write, send and even correct messages, all without touching the phone.

Again: thanks to the Clear Call function it is possible to listen to the interlocutor even if he is in very crowded places or the line is disturbed: in fact, Google’s machine learning will take care of minimizing sounds such as wind and traffic. Finally, great attention to security: the Titan M2 chip is built, they explain by Google, with higher levels of security to make the phone more resistant to external attacks (it is the same chip, they assure, that protects Big data centers G). Most of the functions are processed directly on the device and do not involve sending our personal information to external servers; Furthermore, in the coming months, the possibility of using the Google One VPN to protect our online activity will be introduced as a free update, regardless of the app or web browser used. Google Pixel 7 brings with it a minimum of five years of security updates and also has a function (also built, they assure us, in the utmost respect for privacy) that keeps our sleep under control by detecting cough and snoring then offering, in the morning , an overview of how we slept, also highlighting any problems.

The photo and video sector

The camera software brings with it many innovations, which impressed us for the quality of the shots and ease of use. On board we find a 50 megapixel main camera and a 48 megapixel telephoto lens both with optical and electronic image stabilization; There is also a 12 megapixel ultra-wide-angle sensor while the front camera has a 10 megapixel lens. To the already many innovative functions (we really like the Magic Eraser, that is the possibility of deleting a person or an object from a photo with a simple “swipe of the finger”) are added many, starting with a new high definition zoom that on the 7 Pro reaches up to 30x: thanks to the optical image stabilization it was very easy to focus and shoot even very distant subjects, such as the balcony on the top floor of a skyscraper. Pixel 7 Pro also brings with it the Macro Focus function, which offers HDR + photo quality from a distance of only 3 centimeters (useful, for example, for photographing food or flowers) while thanks to Guided Framing it is possible to take selfies with the perfect angle following the directions of the Google guide voice, a useful function for blind or visually impaired people. Still, they also improve videos with the new 10-bit HDR Video mode that offers brighter movies with higher contrast and a wider color range while with cinematic blur you can shoot videos with foreground subject in focus and background. blurry. Finally, in Google Photos comes the Sharp Photo feature – it uses machine learning to improve blurry photos, even old ones.

In our tests, as we said, we were particularly impressed by the quality of the photos and videos, in which stabilization still improves and the definition goes up to 4K 60 fps.

As can be seen from our review we were really impressed by the amount of innovative features present on Google Pixel 7 Pro. Trying out different smartphones every month it is exciting to review phones that bring with them so many new features in terms of operating system and also of the photographic sector. After two weeks of intense use, the only thing that perhaps did not convince us at the moment is the unlocking with the face, which works well and quickly (in our tests) only in good lighting conditions. The price is also a point in favor of Google Pixel: the 7 model starts at 649 euros, the 7 Pro (which we tested) 899 euros: it is certainly not a low price, but for all the features that the smartphone offers and for all the innovations it brings with it is certainly much lower than the “top” phones of other brands.