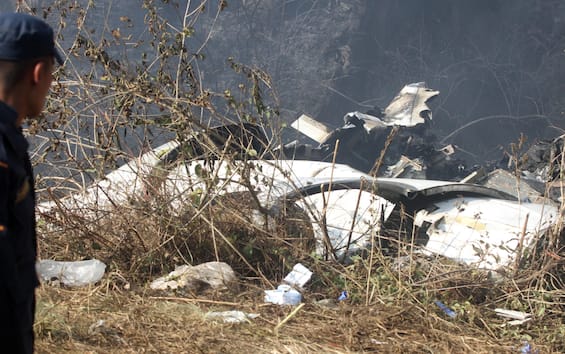 The hopes of finding survivors are now “zero”. The announcement is from one of the Nepalese officials who are managing operations following the plane crash that occurred yesterday in Pokhara. “So far we have collected 68 bodies. We are looking for four more bodies… We are praying for a miracle. But the hopes of finding anyone alive are nil,” said Tek Bahadur KC, head of Taksi district, where the plane went down. There were 68 passengers and four crew members on board the Yeti Airlines ATR-72.

Meanwhile, according to the Ani news agency, the black box of the Yeti Airlines plane that crashed with 72 people on board has been recovered. This was reported by an official of the Kathmandu airport, explaining that the black box will be useful for identifying the causes of the disaster.

Also 15 foreigners on board

The plane crash is the worst in the last thirty years in the small South Asian country. The flight also boarded 15 foreigners, the airline said, five from India, four Russians, two South Koreans, an Australian, an Argentinean, an Irishman and a Frenchman. It does not appear that there were Italians on board. The officials of the new Himalayan airport, inaugurated just two weeks ago, said that the twin-propeller (which according to tracker data had been flying for 15 years) fell during the approach: it took off at 10.30 (local time) and had last contact with control tower at 10.50. Seconds later, the violent impact on the banks of the Seti Gandaki River.