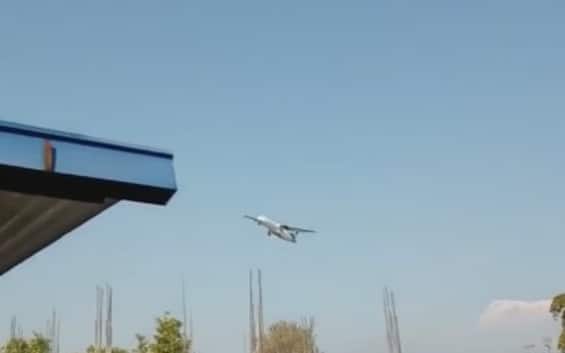 Sixty-eight passengers and four crew members were on board the Yeti Airlines flight which crashed today in Pokhara, Nepal after taking off from Kathmandu. Some images were soon released on social networks, which show the aircraft shortly before impact. Among these, the video of Diwas Bohora, relaunched by Storyful, shows the plane at low altitude before crashing to the ground, near the Seti River.

“I wasn’t sure if the plane was going to crash, but this is the turning point for planes flying into the new local airport,” he told Storyful.