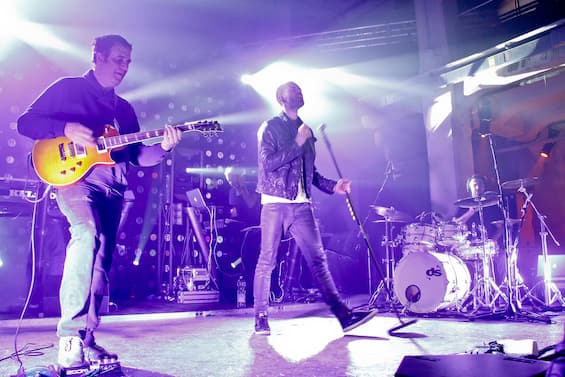 “Every ending is just the beginning of something new. Anything is possible if we let ourselves go. This new work always comes from a dance matrix, but we can define it musically innovative, an album with strong indie electronic connotations”. Thus declares the band 20 years after its famous success with the album Not Zero Sumness. THE Planet Funk are back with the first single taken from an album of unreleased tracks which will be released in the spring/summer of 2023 and which marks the first work after the disappearance of Sergio della Monica (historical founder of the group).

The single The World’s End will be released on January 6 for Sergio Cerruti’s Just Entertainment record label and will be available on radio and on all digital platforms, marking the return of the collective with Neapolitan, Tuscan, Ligurian and international influences, composed of Marco Baroni, Alex Neri, Domenico Canu and Alex Ulhmann, voice for this single and since 2019 musical director of The Voice of Italy. The piece is one of the last works composed by the complete formation, therefore Sergio Della Monica is also present in the composition and production. The song, full of dance and electronic music contaminations and influences, is just the anticipation of an album where the elements of the past blend with the sounds of the present, like a large family reunion where tradition and novelty meet.

In fact, the Planet Funk collective has always paid particular attention to technological and sound innovation and to the entire production phase of their songs. It is no coincidence that the mix of the single and the entire album was curated by Cenzo Townshend, the mixing engineer who has collaborated with the greatest artists on the international scene such as Ed Sheeran, U2, 30 Seconds to Mars, Passenger and many others.