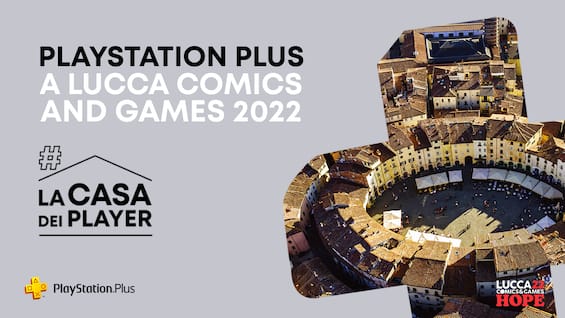 It’s called #LaCasadeiPlayer and wants to be a paradise for playstation fans. With this project, Sony Interactive Entertainment Italy lands, from Friday 28 October to Tuesday 1 November, at Lucca Comics & Games, the multidisciplinary festival dedicated to the main contemporary languages, from comics to games, passing through cinema and TV series, up to the videogame.

The home of the Players

It will be a physical place within Lucca Comics based in the splendid setting of Piazza dell’Anfiteatro in the heart of the Tuscan city, but it will also be a virtual space for gamers from all over Italy who will be able to connect to events on the PlayStation Twitch channel. Inside this geodesic dome the two official streamers of SIE Italia, FortuTheGamer and Prattquello, together with the videogame journalist Ualone will welcome the guests, continuing the work already started with the vodcast format born recently from the will of SIE Italia to tell the world of PS Plus. There will be MikeShowSha, aka Federico Betti, who boasts over 3 million subscribers to his YouTube channel and a population of 700,000 followers on the Twitch platform, numbers that consecrate him as one of the most followed and appreciated Italian creators. Francesco Frank Lotta, beloved voice of Radio Deejay and passionate about the videogame medium, will also join the player’s lounge.

The main purpose of the initiative is to create connections between the real and virtual world and therefore has a strong connotation “phygital”the new keyword of innovation, used to describe the construction of bridges between different dimensions.