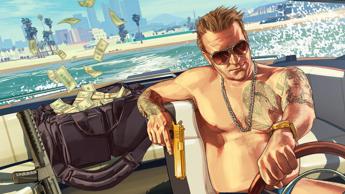 Sony has announced the titles that it will be possible to download on PlayStation if you subscribe to PlayStation Plus, the subscription service that offers the possibility of playing in multiplayer and, in fact, a selection of titles to play at no additional cost. For PlayStation 5 there will be

Ark Survival Evolved
. All three games can be played in backward compatibility on PS5, and will be available from March 1st to April 5th. On March 15, however, it will arrive free for PS Plus subscribers

Grand Theft Auto Online
Network mode of GTAV. On the same day, the game will be released in a next gen version on PS5 and Xbox Series X | S. The multiplayer version of the Rockstar Games blockbuster will be playable for free without the main game for the next three months.