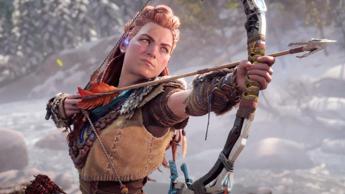 Two to five hours of gameplay for various triple A titles

The new PlayStation Plus service for PS4 and PS5 has been launched in Asia (excluding Japan), pending its arrival in Italy on 23 June. We can then find out which titles will be included in one of the most anticipated features, included in the Premium version of PS Plus: the games on trial at no additional cost. These are not simple demos, but real games that can be experimented for several hours before possibly proceeding with the purchase. Trial versions vary from two to five hours of time made available to the player, and include several triple A for Sony consoles. In detail, these are the games currently being tested for PS Plus Premium subscribers in Asia:


The games are downloaded in a classic way on your console, and once the first game has started, the timer starts that will establish how much time remains before the title is no longer accessible and must be purchased to continue. In the case of Horizon Forbidden Westfor example, you can play for five hours. When launched in Europe, the new PS Plus will offer more than 700 games in streaming and download, and with a new formula that combines Plus and Now in a single solution with three different levels of subscription: PlayStation Plus Essential (8.99 per month, 59.99 a year) will offer the same service as the current Plus, which is a choice of free monthly games and access to online multiplayer and cloud storage. PlayStation Plus Extra adds access to a catalog of 400 PS4 and PS5 games to play by downloading them at no additional cost, costs 13.99 euros per month, 99.99 per year. Finally PS Plus Premium, costing 16.99 euros per month or 119.99 per year, also offers PS3 games in streaming, PS1, PS2 and PSP classics, and indeed the tests of upcoming games.