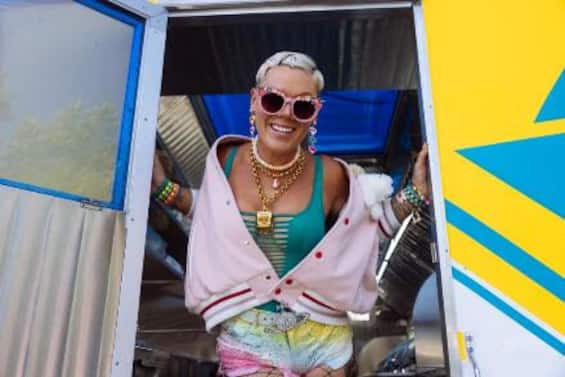 It comes out on February 17th Trustfalls (RCA Records/Sony Music), the highly anticipated new studio album by the singer-songwriter and international pop icon P!nk! Trustfalls marks an exciting return of the celebrated artist to the recording scene after Hurts 2B Human of 2019.

The announcement of the release of the new album comes together with the news of the live return of Pink with Summer Carnival 2023 Tour che will depart from Toronto on July 24 and will see the artist perform in stadiums across North America, together, for some dates, a Brandi Carlile And Pat Benatar & Neil Giraldo and, throughout the tour, with Grouplove And KidCutUp. Pink supports several charities including: No Kid Hungry, Make-a-Wish Foundation, Planned Parenthood, REVERB, Autism Speaks and Human Rights Campaign, and is a UNICEF USA Ambassador.