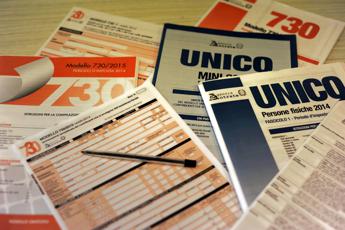 In the Pnrr of Italy one is mentioned general reform of personal income taxeswhich, however it is not contemplated as a specific measure; therefore, it is not related to any goal or milestone”. She writes it there European Court of Auditors in the report on the National Plans for Recovery and Resilience. The document provides an overview of the main features of the Plans for six member states (in addition to Italy, France, Germany, Spain, Greece and Croatia). In the sample’s six NRPs, the total number of milestones and objectives varied from 129 in Germany to 527 in Italy.


In particular, as regards Italy, the Court’s mapping exercise carried out at the measure level has substantially reached the same result as the Commission in relation to the Rsp. ” The main differences concern Italy, the country for which the Court has identified more
gaps for some elements of the RSP: reforms of the pension and cadastral systemas well as some components of the reform of the financial sectorwhich were not included in the Commission’s SWD. ”

In order to mitigate the risks for effective monitoring and implementation of the NRP identified for some member states during the evaluation, the Commission, the document reads, ” has proposed specific targets to be achieved before the first payment to five of the six Member States included in the sample ”. Among the examples of specific goals, att‘Italy is asked to “undertake important reforms of the public administration in order to establish coordination structures, monitoring systems and executive mechanisms, and provide personnel and assistance for monitoring and implementation “.