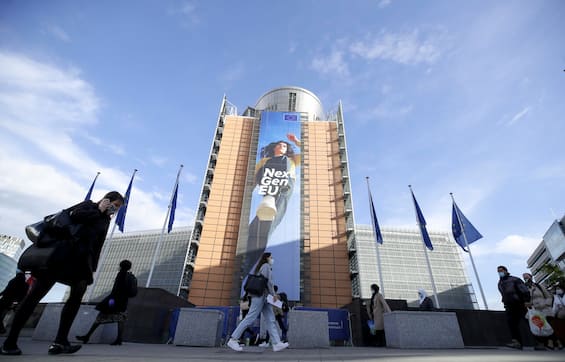 In their meeting in Rome, Giorgia Meloni and Ursula Von der Leyen also spoke about the National Recovery and Resilience Plan. Our government has confirmed its intention to implement the provisions of the anti-crisis program launched two years ago at the height of the pandemic. For some time, however, the Executive has been talking about changes

THE SPECIAL ON THE PNRR

Italy confirms its commitment to implement the National Recovery Plan, the program financed with 191.5 billion euros of EU funds (to which are added 30.6 of national resources). A commitment that consists not only in achieving the objectives that we are committed to achieving every six months in order to obtain the installments from Brussels, but also in completing all the construction sites by 2026 and implementing the reforms.

Rome signed all these promises in the midst of the Covid pandemic, when the Plan was launched and Europe decided to give us the largest chunk of the money available. Two years have passed and our government, however, for some time has been talking about the need for changes to the Pnrr to make it more flexible and to take into account the increase in energy costs, which has caused prices to rise, especially in the construction sector .

What changes are possible

Europe could meet some requests also because a dozen countries want to change their plans, including Germany and Spain. More money should arrive thanks to EU funds for energy (RepowerEu) but it is possible to adapt the programs, not to overturn them. In the face of circumstances defined by EU agreements as “objective” it is possible to obtain variations to investments, while it appears much more difficult to have the go-ahead to cancel or postpone a reform.

In the meantime, time is ticking and we are late in the spending roadmap, with Regions and Municipalities often in trouble. The 55 goals for the end of 2022 have been achieved and the third installment of 19 billion is expected, but it’s already time to do other tasks: by June there are 27 goals (of which 12 for March) worth 16 billion and, even more challenging , could be the following six months (96 targets for 34 billion).

The negotiation with Brussels

It will be necessary to rush but some of the planned projects appear to attract little interest, such as the case of tenders for green hydrogen in transport. In other cases, such as the new procurement code, however, there could be a postponement of the entry into force with the intention of not slowing down the awarding of tenders. All modifications, however, which should be negotiated with Brussels.