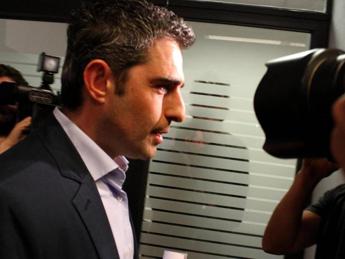 “In the third pole, conservative choices and little courage”

“My participation in the political elections of 25 September ends herethat is, it does not start. “The former mayor of Parma Federico Pizzarotti announces it on Facebook.” I will not be a candidate, there were no serious spaces in the Third Pole project for candidates not directly connected to Action and Italia Viva. The ‘conservative’ and not very courageous choice was to ‘save the current management’ without opening up to representatives of the territories and people who could make this new subject grow. There was no place for Gabriele Albertini, there was no place for Federico Pizzarotti and for other figures who, in my opinion, would also have offered an important contribution and a message of openness and plurality. This was not the case, unfortunately the cold castings carried out in two weeks have these consequences “.


“From the launch of the ‘national civic list’, which from a proposal to build a space for territories and administrators had already produced more than 200 candidates, to the search for a person who would give us the opportunity to give voice to at least some of these candidates, also in the center-left field the subject of ‘Di Maio-Tabacci’ first used then excluded those who had followed them, demonstrating that everywhere the logic of the building and not of enlargement prevailed – the accusation made by Pizzarotti -. that I was wrong to open with generosity and without “preliminary guarantees” at the Third Pole. I made a choice by talking to its promoters, from whom I received a warm welcome. Besides the word and a handshake, I did not seem to need other reassurances. They had specified that part of the applications would be open, 10% had reported the newspapers, the real effect was having only two proposals “.

“I had not asked for and did not expect an ‘armored’ candidacy (as mayor I have always struggled to earn things) – Pizzarotti said – but only to be put in the conditions to be able to compete seriously and to be able to concretize an adequate representation of the national civic list . They weren’t able to make serious proposals and last night I had to reluctantly withdraw my candidacy. “

“I still firmly believe that Italy needs a serious and pragmatic program, free from contradictions and populisms. One that knows how to give concrete answers to territories and families, who are interested in having better public services, solutions on energy price increases and better prospects on wages, not promises from TV barkers. In ten years as a free local administrator I have learned that good governance is based above all on the ability to do well what one can and must, not bothering to hurt the impossible just to please the populism. But an excellent program must be accompanied by a social and political enlargement in the lists, while in #Terzopolo they have chosen (legitimately or not, it is not up to me to judge) to limit themselves to the ruling classes of Action and Italia Viva “.

“And now? After a ‘rural’ break to continue with my other projects, which I would have done earlier if there hadn’t been the early elections, we will resume working on the political subject that we launched a few weeks ago and which continues to be mine the most far-sighted and necessary eyes: a ‘national civic list’, which conveys the best energies that emerge from the territories, local administrations and associations, in a project that renews politics and makes it accessible to those who live it from below. It is a goal that – after the Roman experience that I have made to myself in this last month – seems to me as necessary and useful as ever, in order to give national politics those values ​​and that common sense that at times I seem to have lost. free, as I feel today “.

“Thanks to the many people, administrators, former administrators and ordinary citizens, who have made themselves available with so much generosity and a bit of recklessness, and who I hope will continue this path with us. To the people I met and who worked with me and they spent beyond measure for the project. A group that for a month threw their hearts over the obstacle. A special thought to Piercamillo Falasca, capable and expert person, who for me was a real discovery, as a professional and as a man See you soon… maybe with a podcast to tell about this month… and the future we would like to build. “Success must come from substance, not from moments of glory”, concludes Pizzarotti with a quote from Dino Zoff.