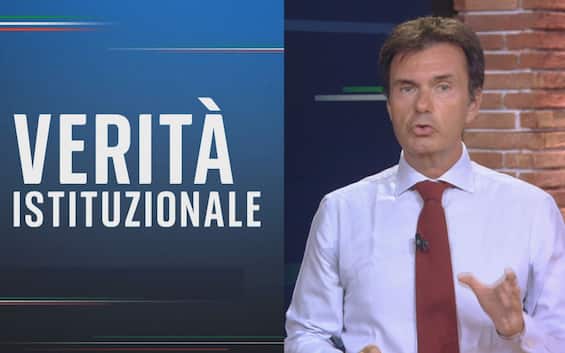 The new episode of “La Guida” by Massimo Leoni. Which helps us, in these days, to orient ourselves on the path towards the next elections

The truth we talked about in the last guide has arrived. And it is, as it seemed important, institutional. Gabrielli announced it at Copasir, confirmed by the Prime Minister at a press conference. Russia has not illegally financed any candidate and any political party competing in the now imminent Italian elections. Time is right. The great news. And it allows us to talk about politics.

A very important event happened to the European Parliament, which met to decide on a crucial and unprecedented issue. If that is one of the member states, Viktor Orban’s Hungary is a democracy. Overwhelmingly, he has decided that no, it is not. That in Budapest there is rather – the formula adopted by Strasbourg – a hybrid regime of electoral autocracy. Basically, if you scratch under the formal cover of the elections, there is little or nothing democratic in Hungary. A bit like in Russia, in short. Even the moderates of the EPP, Orban’s long-time traveling companions, agree. Not so the group of conservatives and reformists; and that of identity and democracy. That is, for Italy, Brothers of Italy and the Northern League. It is a fact of great political importance, from many points of view. The first: it certifies that with respect to the idea of ​​Europe, the center-right coalition has very different ideas. Berlusconi was, immediately, unusually tough: from a government that goes off the rails of Europeanism and liberal democracy – those from which Orban has diverted, so to speak – Forza Italia would come out immediately. Translating such different points of view into political direction, if and when in government, is not a trivial problem.

Another point of view is the need for transparency, even in the electoral campaign: whether or not we consider the Hungarian democratic government and, above all, whether or not we consider it a model towards which to strive, it will have to be said clearly before the 25th. it brings other votes, but it is certainly a very relevant topic. One last thing: to those who think that presidentialism leads straight to an authoritarian democracy, it should be remembered that Hungary is a parliamentary democracy (ELECTIONS – ALL NEWS LIVE) – (POLITICAL ELECTIONS – THE VOTE CHALLENGE).