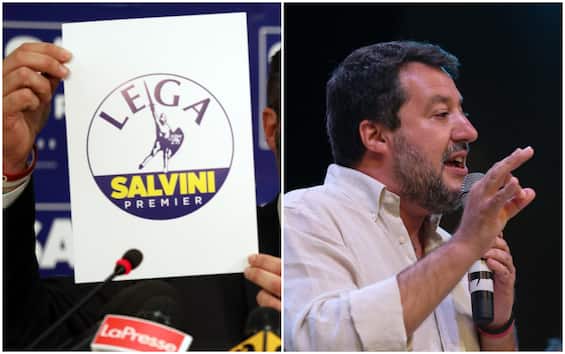 The Carroccio document, in view of the vote on 25 September, is made up of over 200 folders and 41 topics. In the introduction there are the pillars of the party: from the “federalist question” to the “liberal” one, then the “sovereign” one and the “republican question.” Among the points: French presidentialism, the flat tax, the right to a pension at 63 years of age and at least 20 years of contributions, the new safety decrees, the construction of the bridge over the Strait of Messina, the abolition of the RAI fee

In view of the political elections on 25 September, Matteo Salvini’s League also presented its “government program”. The presentation took place the day after the broadcast of the center-right program, which consists of 15 points: the Carroccio document, on the other hand, is made up of over 200 dense folders and 41 topics (TOWARDS THE VOTE: REAL TIME UPDATES – THE VOTING SIMULATION – THE SPECIAL – ALL VIDEOS).

In the introduction of the program the pillars of the League

In the introduction of the program there are the pillars of Matteo Salvini’s party: the first is the “federalist question”, to “restore centrality to the theme of differentiated autonomy”, then there is the “liberal” one. “Italy has been waiting since 1995 for the completion of an authentic, great liberal reform, which will relaunch the entrepreneurial initiative and therefore the economy as a whole; the time has come to implement it”, he reads. Third question, the “sovereign” one. “It is necessary to re-balance the relationship between supranational and national powers, and Italy must begin to pursue, with vision and determination, its legitimate” national interests “. Finally, the” republican question “:” The fall of civic sense and the value of the ‘res publica’ is there for all to see, it is necessary to reconstruct and revalue both, starting above all from school and education “.

From presidentialism to retirement

The Northern League program goes into detail in detail, marking its political action, common but distinct from that of the center-right as a whole. There is also the chapter dedicated to “presidentialism”, which Salvini’s party wants “French-style”. There is also a marked increase in the use of cash, the ceiling of which is raised to 10 thousand euros. Entire municipal councils will not be dissolved due to mafia infiltrations: in fact, according to the Northern League program, only the colluding councilor will decay. Furthermore, no parents 1 and 2 are said, surrogacy, gender ideology and cannabis liberalization. With the Lega in government there is also a commitment to grant women one year of early retirement for each child. The same chapter adds the right to an old-age pension at 63 years of age and at least 20 years of contributions.

In the section of proposals against gender-based violence and in the larger chapter on equal opportunities, then, the “Objective zero feminicides” is mentioned. Among the initiatives there is the escorting of women victims of stalking and arrest in flagrante delicto. There is also talk of a squeeze on mafia crimes committed by minors, who will not enjoy any reduction in their sentence. There is no lack of priority for the new security decrees against irregular immigration and the decided no to the overcoming of unanimity in the votes in the European Council. In the chapter dedicated to immigration, then, it is written: “Confirm and strengthen the Memorandum with Libya and the Libyan Coast Guard: the Memorandum with Libya signed by our country in 2017 has been confirmed as a useful tool to counteract the illegal flows directed towards our country, saving human lives and dealing with criminal organizations that exploit the trafficking of migrants “. “Joint patrols in the territorial waters of Libya and Tunisia are then proposed, subject to agreements with the respective governments with the provision of establishing identification centers, hotspots, in the two countries of North Africa, with the presence of international humanitarian organizations”. Furthermore, the document states that “the presentation of asylum applications to be accepted in Italy exclusively in the Italian or European Union diplomatic offices present in the migrant’s country of origin or in neighboring countries” will be encouraged.

The taxes chapter and the one dedicated to digital innovation

The emphasis is then placed on the rights of the homeowners, making the first home impenetrable and the immediate evacuation of squatted houses. “Pay all, pay less” is the title chosen for the “taxes” chapter: the flat tax, a measure considered decisive for streamlining and simplifying the system, and the reduction of VAT on basic necessities, as an aid measure, stand out social. As regards the chapter dedicated to digital innovation, the program includes: “The inclusion in the Constitution of the protection of digital identity (assigned from birth) such as the Tax Code” and the “switch off of copper by the year 2030 “with reference to supports for the telecommunications network. The “progressive reduction of the RAI fee until its definitive abolition in 2030” is also envisaged.

The chapter dedicated to infrastructure and transport

In the chapter dedicated to infrastructure and transport, then, we read: “All actions must be promoted by the government to: postpone the ban on the sale of petrol or diesel vehicles by 2035, or at least mitigate the impacts on the production chain and on the end consumer, through specific incentives; to maintain LNG and nuclear power in the ‘EU Taxonomy’ of compatible energy sources and on which to promote research and development; Complementary) to the financing of important infrastructures for the energy transition in ports, such as cold ironing, regasification and Lng bunkering “.

The bridge over the Strait

In the section dedicated to the policies for the South, written in bold, we read: “The central element of the proposal of the League and of the center-right for infrastructures is the construction of the bridge over the Strait of Messina and more generally guaranteeing the full implementation of territorial continuity for the islands”. The bridge, which should connect Calabria and Sicily, is mentioned again, as the first, in a list of “priority” infrastructure projects, namely the road network “Naples-Bari, Salerno-Reggio Calabria, Palermo-Catania, Battipaglia-Potenza- Metaponto, Adriatic section, securing the state road 106 Jonica, Potenza-Bari, Agro nocerino-sarnese railway stations, connections in Cilento and Molise “.

The League, in its electoral program, then proposes a modification of the European regulations on fishing and in particular relaunches its historic battle on the size of clams. Matteo Salvini’s party urges “proper management of the fish resource, debunking the European regulations that criminalize and are making Italian fishing and aquaculture disappear”. Hence the conclusion: “It is urgent to review the common fisheries policy, which continues to consider fishing harmful”. On clams, in particular, on 31 December 2022 the derogation from the minimum size of 25 millimeters for clams in Italian waters will expire. “But for the Italian shellfish sector it is necessary and vital to keep it alive. The Italian companies involved are about 700, with over 1,500 fishermen. We must give a boost to the negotiation process between Italy and the European Commission”, underlines the League. And he explains that “the restoration of the old measure of 25 millimeters would have a negative impact on fishing trends and would entail an increase in effort, in terms of hours worked per day, and in the discarding of under-measured involuntary catches”.