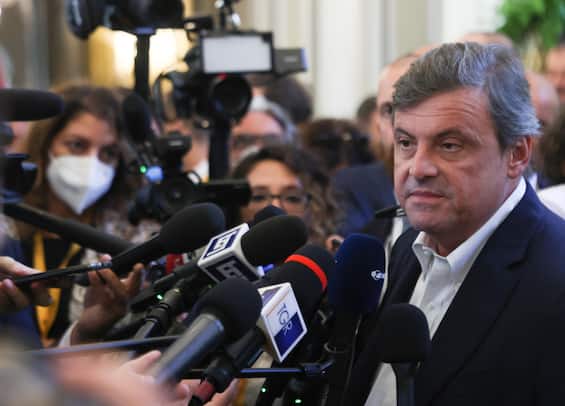 “Forza Italia will no longer be there after these elections. It will be a small party that we will reabsorb”, says the leader of the Third Pole who adds: “From Berlusconi, subversive words”. And then to those who ask if Renzi will kill him after the elections: “Just nonsense”

“Gentlemen, let’s close the season of populism. Let’s stay where we are otherwise we’ll get hurt, we’ll break our heads.” This was stated by Carlo Calenda, the leader of the Third Pole on Radio 24. The center-right in the government “would not remain more than four months” and “whoever votes for the Democratic Party does not know who to ally with. It is a thrown vote”. Then on the energy crisis: “To keep the bills low, 15 billion will be needed, these are the calculations I made,” he says. “In exchange for the openness to support businesses and families, it is necessary to cancel all unrealizable electoral promises. If we say flat tax, return to provinces and early retirement together” with a budget variance “we go upside down. I am convinced that” in the case of a center-right government in four months “we will be in the situation of 2011 with the commissioner of Italy. We cannot spend more on pensions”, observes the leader of the Third Pole. (THE SKY TG24 SPECIAL: TOWARDS THE VOTE – LIVE UPDATES – ALL THE VIDEOS – CASA ITALIA: INTERVIEWS WITH THE POLITICAL LEADERS – FIND YOUR PARTY: THE SKY TG24 QUIZ – FIND COLLEGIO – SEAT METER – HOW DID YOU GET TO THE VOTING? )

“The Draghi bis government is done with the forces that want to do it, with the Democratic Party, I hope with FI and with the League that sends Salvini home”, adds Calenda. “FI after these elections there will be no more. It will be a small party that we will reabsorb, this is quite evident”. Then on Berlusconi’s statements on Putin: “Berlusconi after yesterday’s sentences took us out of any Atlantic alliance, they are subversive words. He spoke like a general of Putin, it is a thing of total gravity”.

Does Renzi kill her after the vote? “These are all nonsense that is neither in heaven nor on earth, says Calenda.” Renzi took a step back, he is not my friend but we share the recipes. This is what he counts in politics, there are no friends. “