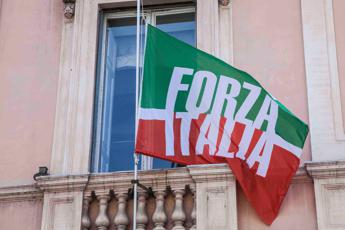 The rumors: towards Vezzali leaders in the Marche region, the Lotito case remains. Sicily and Calabria almost closed, discontent in Lazio

“To date nothing has changed, we are still on the high seas, but a few steps forward have been made”, assures a top player from Forza Italia, grappling with the very delicate risk of candidacies. The negotiation is conducted on two tables and therefore will be divided into two rounds: first you have to close on the uninominali -and the game is still open despite the very tight deadlines- and then move on to the assignment of the proportional colleges, which promises, at least for the Cav party, a real bloodbath due to the cut of parliamentarians and the decline in consensus compared to the Fdi-Lega allies. The blanket, in short, is really short, the discontent are already many, but the political framework is what it is. Silvio Berlusconi, still in Sardinia after the blitz in Brianza to follow his Monza against Turin for the ‘first’ in Serie A, would be examining the grid of names (in close contact with Antonio Tajani the group leaders Anna Maria Bernini and Paolo Barelli, and the faithful Licia Ronzulli) aware that this time the ‘cuts’ will be many.


Not surprisingly, Tajani yesterday at the ‘Corsera’ admitted: ” The numbers are reduced compared to the past, the cut in parliamentarians weighs on everyone, sacrifices will have to be made ”. Almost a way to get your hands on, the Azzurri point out looking for a reappointment. Given the climate, the leaders of Fi prefer to keep the delivery of silence. A silence that feeds anxiety and confusion, not only among peons. Nothing leaks from Arcore. There are only rumors, all to be taken with pliers. We await the convening of a summit at Villa Certosa, a signal that something is moving. Perhaps already today there will be the first meetings to bring the lists to the attention of the former prime minister. If in Sicily and Calabria it seems to be close to the final squeeze, there would be problems instead in Lazio where the ‘outgoing’ are many and will hardly be satisfied: at the state, they report, on pole for a ‘seat’ there would be Alessandro Battilocchio and Maria Spena . Discontent, they say, even in Lombardy due to the ‘overcrowding’ of parliamentarians to be re-nominated.

The former undersecretary Francesco Battistoni would be re-nominated in the Marche, while the current deputy Raffaele Nevi would race in Umbria. For Piedmont, a esta apiece between Roberto Pella and Roberto Rosso would appear. Towards reconfirmation the vice president of the Chamber, Andrea Mandelli from Brianza, president of the Federation of the Orders of Italian pharmacists. For the former fencing Olympian Valentina Vezzali, a recent ‘purchase’ by force, an armored boarding school would be ready as leader of the proportional in the Marche. According to the latest rumors collected in Transatlantico, in Montecitorio, a candidacy for the president of Lazio, Claudio Lotito, is still standing.