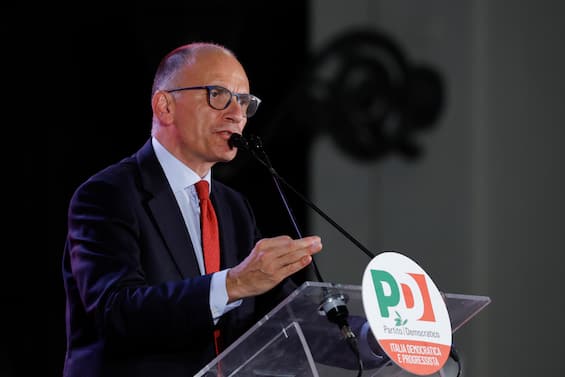 “The Italians will choose who will go to the government and who to the opposition,” said the secretary of the Democratic Party. Su Conte added: “He’s done with us, it wasn’t our choice”

“There is no blackmail, Sunday’s vote will be free. The Italians will choose who will go to the government and who to the opposition.” The secretary of the Democratic Party Enrico Letta said to “Radio Anch’io”, commenting on the tones of concern with which the European leaders look to Sunday’s elections in Italy. “Those who give this money – added Letta referring to the funds of the PNRR – have legitimate questions about how the money will be spent” (TOWARDS THE VOTE, THE SPECIAL OF SKY TG24 – THE TROVAPARTITO – THE TROVACOLLEGIO – THE SEAT GAUGE).

“Conte is done with us, not us with him”

The leader of the Democratic Party then went back to talking about the M5S to which he had not closed the door in the electoral campaign. “Giuseppe Conte is angry with his successor, he felt expropriated of the position that he probably considered naturally his, that of Prime Minister. His relationship with Draghi is emerging in these hours. I have a different opinion. that we did well to support Draghi, “he said. “Conte decided to break the pact with us, it wasn’t a choice ours “, he reiterated.