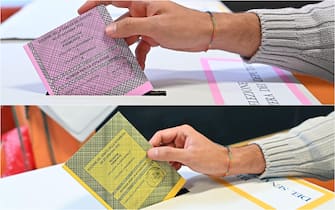 The fall of government and elections as a watershed. The report of Dominic Jordan of the communication agency Arcadia analyzed the social following of the main political leaders in the second half of 2022which saw the fall of the Draghi executive and the vote on September 25th as events capable of marking two clear breaks in respect in the first part of the year

Most loved politicians on social media: Draghi in first place. The ranking

WHO IS THE MOST FOLLOWED POLITICIAN? – In a context where the fandoms of Facebook show tiredness and pop politics is enriched with a new social network, TikTokthe data show that the secretary of the League Matteo Salvini is the most followed politician on the four social platforms (Facebook, Instagram, Twitter and TikTok). His fandom reaches i 9.5 million and detach from 1.5 million that of Giuseppe Conte, president of the M5s, stopped at 8. Instead, it reaches 6.8 million Giorgia Meloni, which records a net growth of 2 million compared to July

Salvini in Lampedusa: “We only talk about the island for beautiful things”

FACEBOOK AND INSTAGRAM – The individual data, however, tell much more. For Facebook, the most significant growth balance was recorded Carlo Calenda and Giorgia Meloni (+16%), with behind Enrico Letta (+9.7%) and Nicola Fratoianni (9%). On the other hand, the result was negative Joseph Conte (-0.38%). The same thing also for Instagram, where the former premier of the M5S scores a -1.66%, while Melons records a +51%, followed by Silvio Berlusconi (+20%), Calenda and Letta (+28%)

Giorgia Meloni is moved by a visit to the Jewish Museum. PHOTO

THE TIKTOK CASE – A case in itself is the Chinese platform TikTok, where many politicians arrived for the first time in view of the vote on 25 September. The growth rate of Silvio Berlusconiequal to +26.000%always followed at a distance by Melons (+765%). Considering that the social network does not accept sponsorships, the engagement and post interaction data, decidedly higher than those of other platforms

THE POLARIZATION IN VIEW OF THE VOTE – The greatest results in terms of reaction were obviously recorded in the July-September period, the one prior to the electoral vote. The record holder is Giorgia Melonipassed by 28 million of reaction of the first semester ai 49 million of the following period, with a percentage growth between the two periods of 56%. Data very similar to that of Matteo Salvini and Giuseppe Contewhich follow in this ranking and also recorded positive results in the second half of the year

THE MENTIONS – The mentions in the are also relevant social, which highlight how much users of the platforms talk about you. Here too the most important result is recorded by Giorgia Meloni, who passed from 89 to 435 thousand mentions within six months, followed by Giuseppe Conte, at quota 269 ​​thousand. Detached Matteo Salvini, who trained in 118 thousand mentions

THE MOOD – Another interesting detail is the mood prevalent in posts, which can be defined as positive, negative or mixed. Giuseppe Conte and Giorgia Meloni are the only two leaders with a positive share of more than 40%, Matteo Salvini earns the largest share of positive sentiment, 8 percentage points, but nevertheless falls below the previous threshold. On the other hand, in decline Enrico Letta, which drops by 5%, e Charles Calendawhich instead lost 4 percentage points between the two analysis periods

MOST SUCCESSFUL POSTS – The most successful post of this second half of 2022 was the debut of Silvio Berlusconi up Tik Tok: his post, dated September 1, 2022, reached over 866,000 users. Following are those of Joseph Conte and Matthew Salvini, always before the electoral campaign and always on the Chinese platform (respectively with 685,400 and 548,000 users)

TOP 3 OF LIKES – At the top of the ranking of likes received on all platforms is the secretary of the League Matthew Salviniwhich got 31.2 million likes on Instagram. There are following Giorgia Meloniwith 27.8 million likes, also on Instagram, e Gianluigi Comparison. The leader of Italexit has obtained 25.6 million likes on Facebook in the last 6 months

THE METHODOLOGICAL NOTE – As Arcadia points out in his analysis, “the mood monitoringmentions and online engagement was created with the platform Live insights by Blogmeter. That of total insights on Facebook, Instagram, Twitter and TikTok channels was recorded with the FanpageKarma suite”

The bridge over the Strait collapses in The Bad Guy, Salvini against the series