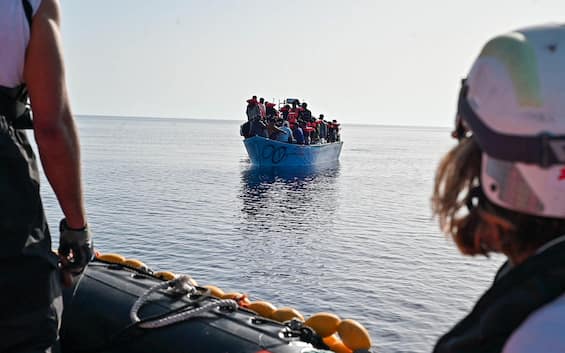 According to Euromedia surveys, the ability of Interior Minister Matteo Piantedosi in the management of landings, of migrants from the sea has been rewarded

In the latest survey carried out by Euromedia Research, Giorgia Meloni’s Brothers of Italy confirms its first party with 28.5%, with a growth of 0.1% from the previous survey of 26 October last. The Democratic Party maintains its second position in the standings with 17.4% (+0.4%). M5S slightly down, to 16.5% (-0.8%). Finally, the League grows and stands at 10.2% (+0.7%). The trust of the electorate in Fdi is due, according to the survey published on the Fanpage website, largely to the ability of the Minister of the Interior Matteo Piantedosi in managing the landings.

Euromedia Research asked its sample whether they share the new Meloni government’s policy on migrants: 54% are in favour, 38.4% do not agree with it, 7.6% are undecided and do not respond. Finally, it was asked whether NGOs play a political role in addition to the one that leads them to help and save hundreds of people: for 59.8% they also play a political role, for 26.8% of the sample they play only the to save lives at sea; 13.4% did not answer the question. As regards the diplomatic crisis between Italy and France, triggered by the Ocean Viking case, 60.6% of the sample agrees with Italy, 13.7% does not, while 25.7% are silent on the subject.