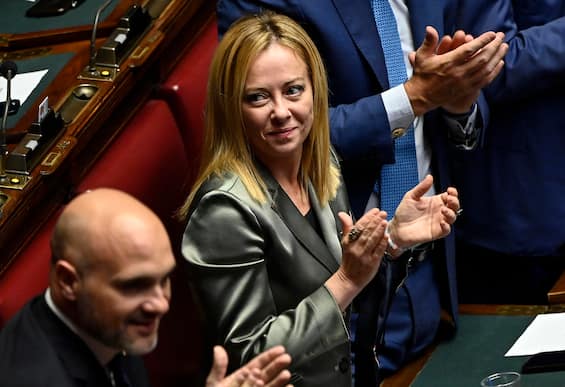 A few weeks after the vote on 25 September, the new analyzes provide interesting indications on the assessments and political expectations of Italians. Democratic Party, Lega and Forza Italia with a minus sign: they suffer from the drag effect of the elections

Brothers of Italy and the 5 Star Movement are growing. Calano Democratic Party, Lega and Forza Italia. A few weeks after the vote of 25 September 2022, new analyzes photograph the political thermometer of our country. The surveys take into account not so much voting intentions as the expectations, fears and hopes that Italians have in politics. Are the figures very different from the electoral outcome?

FdI and M5s in ascent: it is the “bandwagon” effect

The numbers clearly show the action of the so-called “bandwagon effect” (or “bandwagon effect”): in simple terms, polls are strongly influenced by the electoral outcome. It is a drag effect: whoever wins the elections is rewarded in the surveys following the vote; whoever loses them inexorably falls. Here then is that Fratelli d’Italia rises to 26.7% in the polls, gaining + 0.7% compared to 25 September. The 5 Star Movement also recovered in the analyzes, reaching 16.7%.

For the same effect, but negatively, the Lega (-0.7%) and Forza Italia (-0.3%) lose points. The Democratic Party still suffers from the electoral debacle (and the turbulent dynamics within the party, ahead of the congress) In the polls, his is the most significant drop: pfrom 19.1% of the elections to 18%, with a decrease of 1.1%.

The Third Pole, led by Renzi and Calenda, seems not to have moved since the election Sunday at the end of September: the 7.8 of the Politics is practically confirmed by 7.9% of the surveys. Verdi / Italian Left and + Europe are gaining weak consensus, both with + 0.3%. ItalExit di Paragone (which has not even exceeded the threshold) also remedies a +0.4, going from 1.9% to 2.3%. We Moderates went from 0.9% to 1%.

The surveys were carried out by 3 different institutes (Demos, Euromedia and SWG), which conducted 4 surveys in a period between 29 September and 10 October. The data was reworked by YouTrend.