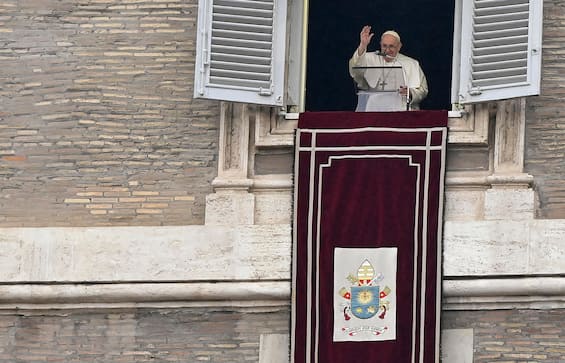 “Brothers, let’s share, let’s carry each other’s burdens, instead of chatting and dividing let’s look at each other with compassion, let’s help each other. Let’s ask ourselves: am I a person who divides or who shares? Jesus or gossip? Gossip is a weapon lethal that kills the brotherhood”. These are the words of Pope Francis at the Angelus.

“We too, disciples of Jesus, are called to exercise justice in this way, in relationships with others, in the Church, in society: not with the harshness of one who judges and condemns by dividing people into good and bad, but with the mercy of those who welcome by sharing the wounds and fragility of sisters and brothers, to lift them up again. I would like to put it this way: not by dividing, but by sharing. Do not divide, but share. Let us do as Jesus did: we share, we carry each other’s burdens, instead to chat and destroy, let us look at each other with compassion, let us help each other”, added the Pontiff.

Pope quotes Benedict: “Even those who have fallen can rise again”

Even those who fall down can rise from the darkness. Pope Francis said this at the Angelus quoting Ratzinger. “Benedict XVI affirmed that God wanted to save us by going himself to the bottom of the abyss of death, so that every man, even those who have fallen so low as to no longer see heaven, can find the hand of God to cling to and rise from the darkness to see again the light for which he was made'”, Bergoglio said, recalling the homily of Benedict XVI on January 13, 2008.

A thought for the victims of war

“Let’s not forget our Ukrainian brothers and sisters: they suffer so much this Christmas in war without light or heat. They suffer so much, please let us not forget them”, said Pope Francis adding: “I am thinking of the mothers of war victims, of soldiers killed, Russians and Ukrainians, I think of both. It is the price of war. I think of them, whether they are Ukrainians or Russians”.