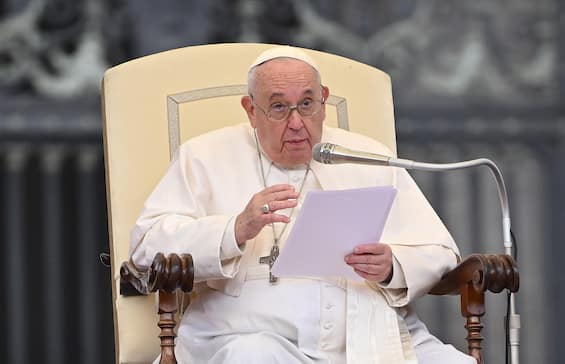 “I have already signed my resignation.” This is the revelation of Pope Francis to the Spanish newspaper ABC. To the journalist’s question ‘What happens if a pontiff suddenly becomes invalid due to health problems or an accident?’, the Pontiff replied that he had already prepared all the papers. “Tarcisio Bertone was the Secretary of State. I signed them – he recounted – and I told him: “In case of impediment for medical reasons or whatever, here is my resignation. You already have them.'” I don’t know who Cardinal Bertone gave them to, but I gave them to him when he was secretary of state.”

“I will appoint a woman to head a department”

Pope Francis also spoke about the role of women within the Curia. When asked about having appointed several women to high offices in the Curia, but still none as number one in a dicastery, Bergoglio replied: “That’s true. But there will be. I have one in mind for a dicastery that will become vacant in two There is no obstacle to a woman leading a dicastery where a layman can be prefect”.

Ukraine? “I see no end in the short term”

The Pontiff also addressed a thought to Ukraine, where fighting has been going on for the past 10 months. “I don’t see an end in the short term – he commented – because it is a world war. Let us not forget that. There are already several hands involved in the war. It is global. I believe that a war is fought when an empire begins to weaken, and when there are weapons to use, to sell and to test. It seems to me that there are many interests in between”. This is what Pope Francis affirms in an interview with the Spanish newspaper Abc regarding the war in Ukraine, against which he has spoken out on more than a hundred occasions. “I do what I can. They don’t listen. What is happening in Ukraine is terrifying. There is enormous cruelty. It is very serious. And this is what I denounce all the time,” he observes. And on his attempts to play a role of mediator, even if there are those on both sides who criticize his words, Francis replies: “Here I receive everyone. Now Volodymir Zelensky has sent me one of his advisers for the third time religious. I am in contact, I receive, I help…”.

Francis: “You govern with the head, not with the knee”

Pope Bergoglio just yesterday, December 17, turned 86 but he seems determined not to fail in all his commitments as Head of the Church. In recent months, the Pontiff had problems with his knee which forced him to rest and be transported in a wheelchair. Now he’s better: “I’m already walking – he said -, the decision not to have surgery turned out to be right. He governs himself with his head, not with his knee”.

The ‘backwardism’ of the Church

In the interview with the Spanish newspaper, the Pontiff addressed many current issues, from the problems of the Church to the most important political issues. “Sometimes there are positions of immature faith, who don’t feel secure and are tied to one thing, they cling to what they did before”. This is how Pope Francis responded to the criticisms received from currents closest to the Church who see in his gestures and words a departure from religious doctrine. “The problem – added Bergoglio – is not tradition. Tradition is the source of inspiration. Tradition is our roots that make you grow and move forward and grow and make you grow vertically. The problem is going back. In Italian I call it ‘backwardism’: the sin of going backwards for safety. And I think this happens in the Church”.

Almost ten years after Benedict XVI’s resignation, Pope Francis tells the Spanish newspaper ABC that “I often visit him and I am edified by his transparent gaze. He lives in contemplation… He has a good sense of humour, he is lucid, very lively, he speaks softly but follows the conversation. I admire his lucidity. He’s a great man.” And on what he appreciates most in his predecessor, Bergoglio says that “he is a saint. He is a man of high spiritual life”. Does he intend to define the legal status of Pope Emeritus? “No. I haven’t touched it at all, nor did I have the idea of ​​doing so. I have the feeling that the Holy Spirit has no interest in me dealing with these things”, replies the Pontiff. And faced with the reflection that for Benedict, now 95/years old, it would have been very difficult to govern the Church if he had not presented his resignation, Francis limits himself to pointing out: “The ‘futuribili’ are always deceptive, so I won’t enter into these discourses”.

“On abuse no negotiation”

In cases of sexual abuse “no negotiation is possible”. This is how Pope Francis answered a question about how difficult it is to meet victims (as Benedict XVI began to do). “It is very painful, very painful – he underlined -. These are people who have been destroyed by those who should have helped them to mature and grow. This is very hard. Even if if it were just one case, it is monstrous that the person who is supposed to lead you to God destroys you along the way. And no negotiations are possible on this.”