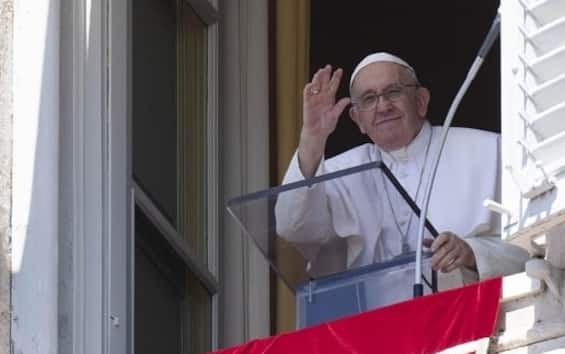 This morning Pope Francis spoke to the Canossian nuns in audience and invited them to beware of the midlife crisis. “The elderly can testify to the young women an amazement that never fails, a gratitude that grows with age, a welcome of the Word that becomes ever fuller, more concrete, more embodied in life”, said the Pontiff. “And the young – he continued – can testify to the elderly the enthusiasm of discoveries, the impulses of the heart that, in silence, learns to resonate with the Word, to allow itself to be surprised, even questioned, in order to grow in the school of the Master” .

“The word at the center, not activism”

“And what do middle-aged ones do? They are more at risk” Pope Francis continued, who explained: “Both because that is an age of transition, with some pitfalls: the crises of the 40s, of the 45s, you know them. But above all because it is the phase of greater responsibility and it is easy to slip into activism, even without realizing it. And then we are no longer women of the Word, but women of the computer, women of the telephone, women of the agenda, and so on. , this motto is welcome for all! To put yourself back to the school of Mary, re-center yourself on the Word and be women who love without measure. The word at the center, not activism “.

Instead of gossiping, “bite your tongue”

There is in religious communities, the Pope said again in audience with the Canossians, “the temptation to complain, to criticize, and this hurts the body”. “The chatter hurts so much and kills the Word of God.” And if someone says that “it is difficult to solve the chatter problem”, Pope Francis indicates “a nice remedy: if you are tempted to chat, bite your tongue, it swells up well and you will not be able to speak. Please no chatter: it kills community life “.

The Pope also spoke of the demographic winter that affects Italy and Europe in general: “Instead of children, they prefer to have cats and dogs: it is programmed affection, affection without problems”. For the Pope “the European demographic winter is a human and also a patriotic problem. Please help families to have children”.