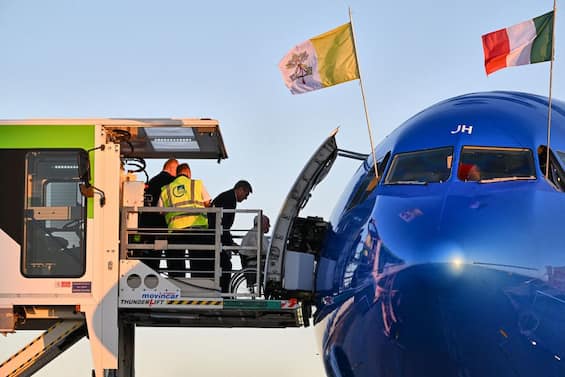 This morning began the 38th international apostolic journey of Pope Francis who goes to Kazakhstan on the occasion of the “VII Congress of Leaders of World and Traditional Religions”. A pilgrimage “of dialogue and peace” as he himself indicated. After leaving Casa Santa Marta, the Holy Father moved by car to Rome-Fiumicino International Airport from where, at 7:15 am, he left for Nur-Sultan. Arrival at Nur-Sultan Airport is scheduled for 5:45 pm (1:45 pm Rome time).

The Congress of Religious Leaders

Francis will be in the capital of Kazakhstan Nur-Sultan from today to September 15 for the Congress of Religious Leaders. The important moments of the trip include the Pope’s participation in the Congress, where he will give a speech, pray in silence and have private bilateral meetings with religious leaders, including the great imam of Al Azhar, Al Tayyeb. He will miss the Russian Orthodox Patriarch Kirill who has forfeited. There will be a delegation from the Moscow Patriarchate. At the end of the Congress, a joint declaration is expected.

The 57th country visited by the Pope

The Pope on Sunday at the Angelus recalled this trip: “I will leave for a three-day trip to Kazakhstan, where I will take part in the Congress of the leaders of world and traditional religions. It will be an opportunity to meet many religious representatives and dialogue with brothers animated by the common desire for peace: peace for which our world is thirsty “. The Pope asked “everyone to accompany this pilgrimage of peace with prayer”. This is the 57th country visited by the Pope.