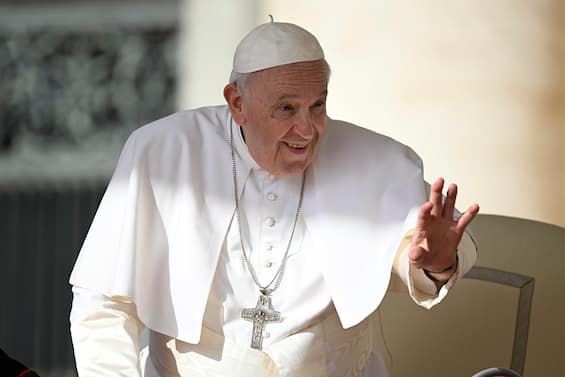 The Pope met young people in Assisi and in his speech he wanted to address work as a central theme: from employment and pay to gender equality. In fact, during the “Economy of Francesco” event, he said: “Don’t forget about work, don’t forget about workers. Work is the challenge of our time, and it will be even more the challenge of tomorrow. paid young people do not really become adults, inequalities increase. Sometimes you can survive without work, but you don’t live well. So, while you create goods and services, don’t forget to create jobs, good jobs, jobs for everyone “he said. Bergoglio. At work, “there is a slavery of the woman who cannot be a mother because as soon as her belly grows they do not make her work or kick her out of work”, added the pontiff..

Pope Francis invites young economists to make concrete choices because “if we stop at ideas we risk that they become trappol” e. Speaking in Assisi, the Pontiff underlined: “In the crucial moments of history, those who have been able to leave a good imprint have done so because they have translated ideals, desires and values ​​into concrete works. In addition to writing and holding conferences, these men and women have given birth to schools and universities, to banks, to trade unions, to cooperatives, to institutions. You will change the world of the economy if you also use your hands together with your heart and head “. “Ideas are necessary, they attract us a lot especially as young people, but they can turn into traps – Pope Francis warned – if they do not become ‘flesh’, that is concreteness, daily commitment. Ideas alone get sick”. “The Church has always rejected the Gnostic temptation, which thinks it can change the world only with a different knowledge, without the fatigue of the flesh. The works are less ‘luminous’ than the great ideas, because they are concrete, particular, limited, with light and shadow together, but they fertilize the earth day after day: dear young people, reality is always superior to the idea “, concluded the Pope.

The cry of the poor and of the Earth

“While we try to save the planet, we cannot neglect the man and woman who suffer. The pollution that kills is not just that of carbon dioxide, inequality also deadly pollutes our planet” he warned. “We are realizing that the cry of the poor and the cry of the Earth are the same cry. Therefore, – says the Pope – when we work for ecological transformation, we must keep in mind the effects that some environmental choices have on poverty. Not all Environmental solutions have the same effects on the poorest, and therefore those that reduce misery and inequalities should be preferred. We cannot allow the new environmental calamities to erase the ancient and ever-present calamities of social injustice from public opinion “.