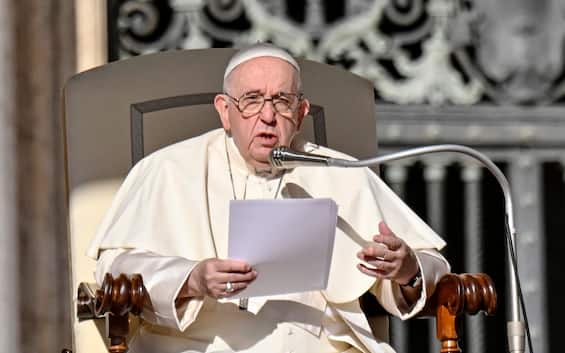 “I ask in the name of God that an end to the cruel madness of war”. This is Pope Francis’ appeal contained in the book “I ask you in the name of God. Ten prayers for a future of hope”. The newspaper The print he anticipated a passage in which the Pontiff writes that the persistence of conflicts is “the real failure of politics”. The war in Ukraine “has put the consciences of millions of people in the center of the West before the harsh reality of a humanitarian tragedy that has already existed for some time” and “has shown us the evil of the horror of war”. “There is no occasion – invites the Pope to reflect – when a war can be considered just. There is never room for war barbarism” (ALL THE UPDATES ON THE WAR IN UKRAINE LIVE).

The Pope starts from the conflict in Ukraine and addresses the “local, national and world authorities”: “It is on them that the appropriate initiatives to curb the war depend. And to them, making this request of mine in the name of God, I also ask that say enough to the production and international trade of arms “and that the atomic weapon be eradicated from the planet:” The existence of nuclear and atomic weapons endangers the survival of human life on earth “. From the situation in Eastern Europe which “showed us the evil of war horror”, Bergoglio extends his invocation to all the wars in progress, asks “the political authorities to stop”, “not to manipulate information and not deceive their peoples to achieve war goals “.

“World spending on armaments is one of the most serious moral scandals of the present era. It also manifests how much contradiction there is between talking about peace and, at the same time, promoting or allowing the arms trade”, reads the volume written by Bergoglio . “It is all the more immoral that among the so-called developed countries sometimes bar the doors to people fleeing the wars they themselves have promoted by selling arms. It also happens here in Europe and it is a betrayal of the spirit of the founding fathers”, underlines the Pontiff. “The arms race is proof of the forgetfulness that can invade us. Or, worse still, insensitivity. In 2021, in the midst of the pandemic, world military spending exceeded $ 2,000 million for the first time. data is an important research center in Stockholm, and they show us that for every 100 dollars spent in the world, 2.2 has been allocated to weapons “.

“The arms trade is a serious problem”

The pontiff spent a long time on the arms market. “How many cases have we seen of children dead for handling weapons in their homes, how many massacres have been perpetrated due to the easy access to them in some countries?” Asks Bergoglio. “Legal or illegal, on a large scale or in supermarkets, the arms trade is a serious problem widespread in the world. It would be good for these debates to have more visibility and for international consensus to be sought so that, on a global level, restrictions on production were placed. the marketing and possession of these instruments of death “. “When we talk about world peace and security, the first organization we think of is that of the United Nations (the UN) and, in particular, its Security Council. The war in Ukraine has once again highlighted how necessary it is for the current multilateral structure to find more agile and effective ways to resolve conflicts “, he continues in his reasoning,” In times of war it is essential to argue that we need more multilateralism and better multilateralism “.

“Promote brotherhood and the common good”

“With the war there are millions of people who lose everything, but also a few who earn millions. It is disheartening to even suspect that many of the modern wars are waged to promote weapons. This way we cannot go on. To the leaders of the nations, in name of God, I ask you to make a resolute commitment to end the arms trade that causes so many innocent victims. Have the courage and creativity to replace arms manufacturing with industries that promote brotherhood, the universal common good and the integral human development of their peoples. At the thought of the war industry and its entire system, I like to recall the small gestures of the people who, even through individual acts, do not stop showing how much the true will of humanity is to free itself from wars “, he adds. dad.

“War does not solve problems”

War is “an ineffective response: it never solves the problems it intends to overcome”, is the thought of the Pope who then asks himself: “Perhaps Yemen, Libya or Syria, to cite a few contemporary examples, are better off than before of conflicts? “. Finally, the Pontiff indicates the way to a solution: “We need dialogue, negotiations, listening, diplomatic skills and creativity, and a far-sighted policy capable of building a system of coexistence that is not based on the power of arms or on deterrence”.