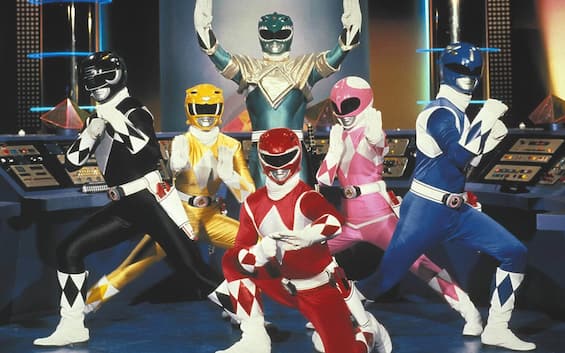 THE Power Rangers they were not joking when repeatedly in the series in which they were protagonists they said: “Once a Ranger, Always a Ranger”. We understood it today when, to celebrate the thirtieth anniversary of the western remake of the Japanese series Kyōryū Sentai Zyuranger, Netflix communicated in style the upcoming release of Power Rangers: Once & Always. Judging by the trailer and the shared photos, the special will be a real reunion in which it will be inevitable not to feel a minimum of nostalgia.

A Proustian madeleine from our childhood

In Japan the Power Rangers were already a small cult when, in 1993, it was decided to adapt the format in America. The western version of our heroes, the one that would later arrive in Italy too, differed in several aspects from the original counterpart. Especially in our latitudes it was decided to limit (sometimes brutally cutting them) all the most violent and controversial parts of the show to make them more suitable for a very young audience. The move, however controversial, paid off if we think of how much the Power Rangers became icons of the nineties, simultaneously producing an unprecedented and infinite amount of merchandising. Watch the trailer of Mighty Morphin Power Rangers: Once & Always 30th Anniversary Special it means accepting to be faced with a Proustian madeleine that reminds us how long ago childhood has passed. Netflix’s choice to anticipate the reunion with a video that basically just tells us how nice it was for the cast members to get together, does nothing but play on the nostalgia effect, sharpening it.

“Once a ranger, always a ranger”

It will especially please fans of the first hour to watch together again David Yost and Walter Emanuel Jones, respectively interpreters of the Blue Ranger Billy and the Black Ranger Zack. Yost called it a “surreal experience” to find themselves on the set almost thirty years later with the old partner, recalling how the path of the two in the world of Power Rangers actually began at the same time. In fact, the two actors met during the auditions and helped launch the long-lived franchise, of which Yost then became one of the symbolic faces over time with its over 200 episodes spread over four seasons. Even if the interpreter of Billy is numbers in hand the most present in the history of the western adaptation, having abandoned the blue suit only in 1996, the most iconic Power Ranger remains green for many. The actor who gave him the face, Jason David Frank, he had also returned in the most recent incarnations of the series, before taking his own life in November 2022. It is not known if his memory will be honored in the special, with someone even hoping for a cameo from him in the flesh (speculation on the fact that Yost hinted at reunion plans as early as 2018). What is certain is that in the cast of the reunion, which also includes various actors who have lent their faces to the various other Power Rangers over the years, there is also a new entry: it is Charlie Kersh, who will play the daughter of the original Yellow Ranger Trini (originally brought to the screen by Thuy Trang, who also tragically passed away in 2001). Said of the cast, it would be very nice to be able to say more about the plot of this special. However, we still know very little at the moment about the plot: what is certain is that even in the Power Rangers universe thirty years have passed since the creation of the team at the hands of the wise and powerful Zordon and now our heroes have to face what was presented as “a familiar threat from the past”. On the other hand, everything comes back to this colorful world, even the enemies, and perhaps that’s really okay for the fans.