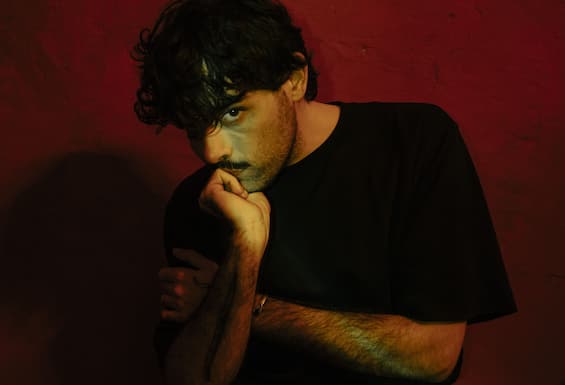 I hummed this song as a child, someone tried to explain to me what it meant but for me it was a nursery rhyme that I couldn’t do without, over time I absorbed the political and social value of the theme, obviously I still hum it.

When I heard this piece for the first time I understood that I would have liked to learn to play the guitar to accompany the things I wrote. Marlene were among the Italian bands of the time to have a different sound, focused on harmonic chaos at times, what a discovery!

I discover CSI in the middle of my adolescence, the project no longer exists and I am struck by the lyrics and arrangements, never banal, at the service of a precise artistic choice, telling the times, and with Production Unit they read the future.

The grunge sound of Alice in Chains took me when I was in middle school, the piece Rooster was an explosion of sharp guitars that culminated in the reconciliation of the piece with Stanley’s voice, an incredible and at times inhuman voice, it differed from everything I had heard up to that moment, you could feel the suffering but at the same time the verve of a generation that would soon explode.

I didn’t hesitate for a moment to take the moped to go for rides in the town during the hours when no one was usually driving, I had an MP3 and I put it in my ears as soon as I started the moped, the piece I was looking for was this, what an experience the Verdenas have been for all of us, in that moment of freedom I truly felt like a valvonaut.

Charles Aznavour – I am an actor

What class Aznavour, my father made me discover, he often sang his songs, I loved listening to him and I fell in love with Aznavour, his voice and his being a performer, I jealously keep his vinyls.

If I wanted to escape from Litfiba’s Louisiana world, it was the piece I needed, with ethereal arrangements, Piero’s voice that guided the listening, did not exaggerate (an aspect that I always liked least about him) but transported you like the rhythms to inside the piece in a parallel world where everything was light.

When I listened to the piece for the first time I really liked the way of making music that was hidden inside this piece, I adored the rhythm as well as the guitar parts and the voice, but most of all I loved the lyrics by Agnelli, Band stratospheric, period of the ‘golden Italian underground.

When I met Buckley I immediately realized that I was dealing with a rarity, something that traveled on a different level than everything else in circulation, Mojo Pin was for me his most beautiful piece, there was all his vocal quality and lyrics, there was the arrangement of life for me, serving a mood and not overbearing.

What the Smashing were for me I can’t say yet, probably one of my favorite bands, they took entire generations by the hand between the 90s and 00s and told of their unease, limits, dreams. Tonight Tonight is the piece that transports you, that piece that once listened you will never forget, a caress.