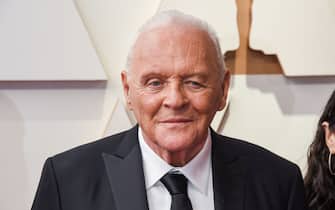 Anthony Hopkins is Doctor John Clancy, a psychiatrist who can predict the future

Armageddon Time, here is the Italian trailer of the film with Anne Hathaway and Anthony Hopkins

Colin Farrell is Charles Ambrose, the criminal to whom the agents and Dr. Clancy hunt. Serial killer with precognition capabilities, Ambrose kills people with terminal illnesses without causing them any pain

Ghost in the Shell, the cast of the film with Scarlett Johansson

Jeffrey Dean Morgan is FBI agent Joe Merriweather, engaged in the hunt for the serial killer. By chasing a suspect who turns out to be a mythomaniac, Joe will be injured

Xander Berkeley, best known for his role as George Mason in 24 and for that of John the Red in The Mentalistit’s Ellis

True Detective, the cast of the fourth season

Boris 4 from tomorrow in streaming. The cast of the new season

Vendetta, the cast of the film with Bruce Willis

Welcome President !, the cast from Claudio Bisio to Giuseppe Fiorello

Adam Boyer is the captain of the Swat team