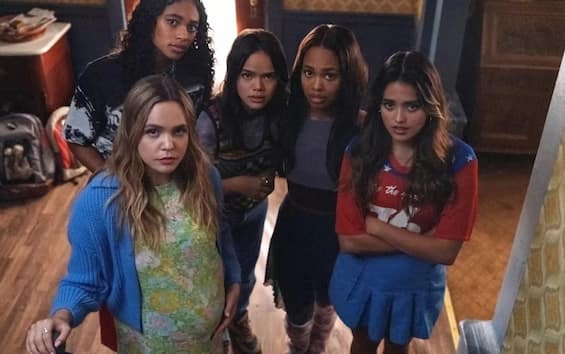 Fans held their breath for a while but, in the end, the production confirmed that Pretty Little Liars: Original Sin will have a second season. The spin-off of the teen drama pretty Little Liars will have a sequel and the certainty comes directly from HBO Max, who after hinting that the last episodes of the first season would be the epilogue of the series, has backtracked. Episode 1×10 of Pretty Little Liars: Original Sin it was a simple season finale, as also underlined by TVLine, who admitted the mistake, reassuring the many who became passionate about the events of the series. In these hours the first rumors about the new episodes are coming, which will make the “little liars” protagonists of the series live new adventures.

The news of the second season of Pretty Little Liars: Original Sin

Now that both TVLine and HBO Max have announced that the second series of Pretty Little Liars: Original Sin there will be, take on a new dimension the words of the showrunner, who a few weeks before the end of the first chapter, had hypothesized how the story could have continued in a hypothetical second season. Pretty Little Liars: Original Sin was born to have a conclusion in a single season, so for the viewers it will not be easy to imagine what the writers may have studied for the second chapter. “When we started all the mysteries at the start of the season, we wanted to solve them so that there were no huge cliffhangers and people wouldn’t feel fooled,” explained the showrunner, adding: “After we talked a lot about season 2, let’s hear to be able to introduce another threat. But it’s nice that Archie he’s out there running around, doing whatever he wants to do. It’s always nice to have it ”.

The ending of the first chapter

Precisely in order to close all the open stories at the beginning of the series, in the last episode the identity of the mysterious A was revealed, the only identifying letter of the author of the letter at the center of the plot of the first 10 episodes. Additionally, in the season finale, a link to the original series was also created pretty Little Liarsat the time when Imogen revealed that her baby had been adopted by a couple of Rosewood named Aria and Ezra. These are two characters from the original series and this suggests that similar bridges can also be created in the new series.