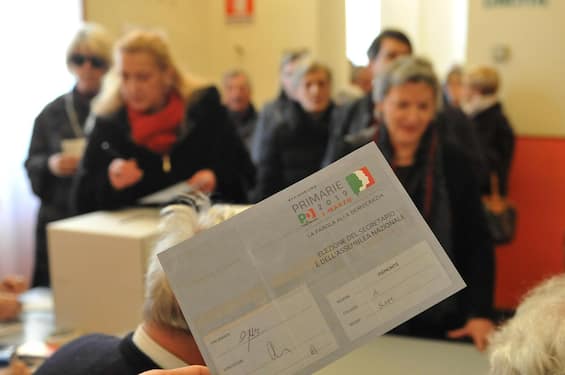 In the last few hours, rumors of a possible postponement have persistently circulated again to avoid a “traffic jam” between the regional elections, scheduled for February 12, and the appointment with the dem gazebos, set for February 19. Hypothesis also accepted by the candidate Stefano Bonaccini who proposes another date, that of February 26th

The leadership of the Democratic Party has been convened for Wednesday 11 January at 12. On the agenda, in addition to issues related to congressional regulations, the request of candidates for the dem secretariat to move the elections by one week to 26 February primaries.

Postponement of the primaries: there is the ok from Bonaccini

The proximity to the regional elections in Lombardy and Lazio has led everyone to share the decision to distance the two political appointments. Even in the face of the request of the territories of Lazio and Lombardy to avoid a “traffic jam” between the regional elections, scheduled for February 12, and the appointment with the gazebos set for February 19. “Absolutely acceptable”, this is how Stefano Bonaccini’s supporters comment on the news of the postponement, proposing another date for the primaries: that of 26 February.

For Letta, the date of the primaries remains that of February 19

However, for the outgoing secretary Enrico Letta, the date for the primaries remains that of February 19, in line with what has already been decided. “Eventually it will be the Directorate next week to evaluate the request of the candidates, since the Directorate itself has been delegated by the National Assembly to manage the traffic jam created by the imminent vote for the renewal of the 4 regional administrations”, explained sources from the Nazarene. the hypothesis would be to terminate registrations (including renewals) by January 30 and conclude the club congresses from February 3 to 19. According to this scheme, the votes would be held on February 26.